In reality, Moonlight was the actual winner 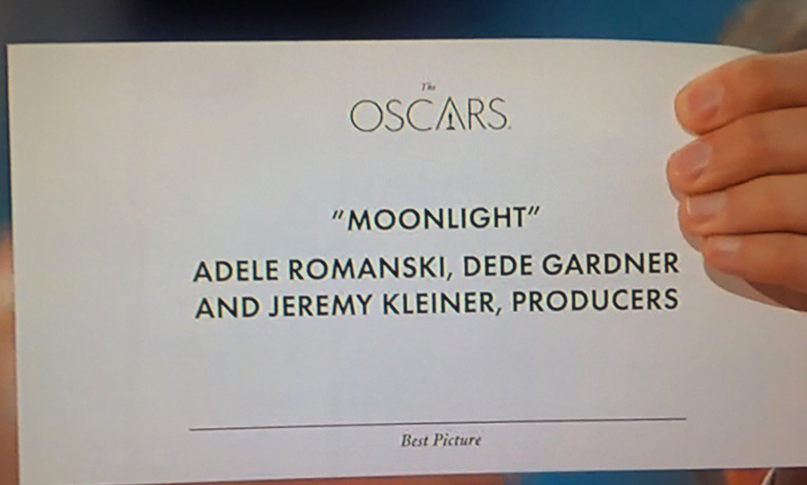 The 2017 Academy Awards ended in drama after Warren Beatty and Faye Dunaway mistakenly announced La La Land as the winner of Best Picture. It wasn’t until after La La Land’s team took the stage before Oscar producers informed them of the error and announced the actual winner, Moonlight.

Beatty subsequently explained that he and Dunaway were given the wrong card to read. Apparently, they were handed the card for Best Actress and not Best Picture.

Update: PricewaterhouseCoopers, the accounting firm charged with tallying the votes and handing out the envelopes, has issued an apology.

We sincerely apologize to Moonlight, La La Land, Warren Beatty, Faye Dunaway, and the Oscar viewers for the error that was made during the award announcement for best picture. The presenters had mistakenly been given the wrong category envelope and when discovered, was immediately corrected. We are currently investigating how this could have happened, and deeply regret that this occurred. We appreciate the grace with which the nominees, the Academy, and Jimmy Kimmel handled the situation.

Watch the drama all unfold below: