10 Other ’80s College Rock Bands You Should Know 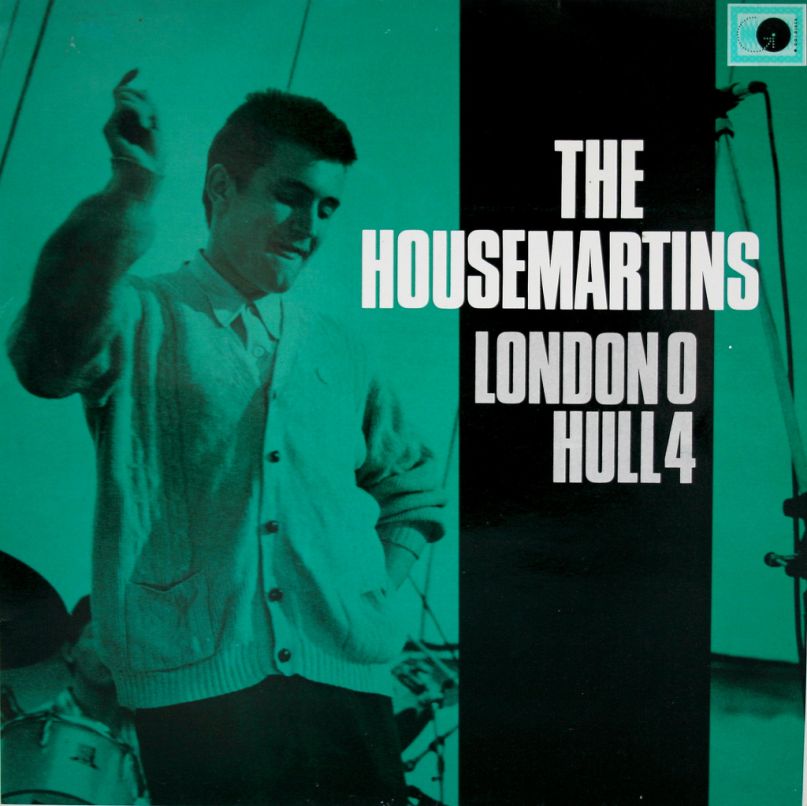 As we celebrate the 40th anniversary of R.E.M.’s first show as a band, we also revisit Collin Brennan’s Crate Digging feature on other ’80s college rock bands you should absolutely check out.

What a wondrous thing college rock was in the ‘80s. An entire genre predicated on the willingness of young people to wander outside their prescribed bubbles of taste, to stumble around those hinterlands left of the dial in search of something better. Could such a thing really have existed? Yes, but only for a decade or the blink of an eye.

It was a miracle that could be measured in kilowatts — tens of thousands of them in some cases, propelling the sounds of bands like R.E.M. and The Replacements into dorm rooms across the country. It was a miracle that coalesced around student-run university and college campus radio stations, unbeholden to the same demands as their commercial FM counterparts and thus free to shape their programming the way they saw fit.

Sometimes this meant favoring distorted guitars over polished synthesizers, or giving primacy to sloppy power-pop melodies and slightly off-key harmonies. Sometimes it meant nothing at all, and that was even better. The absence of rules is a powerful drug in the hands of a student DJ who fancies himself a taste-maker.

For better or worse, the thrill of discovery that defined those halcyon days of college rock is difficult to even imagine now. Music streaming has come to act as a sort of golden handcuff, offering up an entire internet of songs ready to play or pause at the click of a button, but denying the rush of hearing a new song on the radio and scrambling to get it on tape. There aren’t really any best-kept secrets anymore, only the creeping sense that there’s too much good music in the world and not enough time to possibly listen to it all.

Yeah, yeah, we know: Boo hoo. But in the spirit of recovering some of that lost thrill, we’ve decided to pull together a list of 10 phenomenally great college rock bands you might have overlooked while combing through the stacks for a beaten copy of Murmur or Let It Be. They may not all be your cup of tea, but that’s the point. This music was never meant to be for everyone.

Right around the time R.E.M. trekked up to North Carolina to record their debut single, “Radio Free Europe”, in the summer of 1981, The Squalls had begun to take shape back in their hometown of Athens, GA. Anchored by guitarists Bob Hay and Ken Starratt, the group took a more straightforwardly melodic approach to guitar pop than some of their peers in the scene, which may not have earned them national accolades but did produce modest little gems like “Na, Na, Na, Na”. A live version of that song appears on the soundtrack to the 1987 documentary Athens, GA.: Inside/Out, which is the closest The Squalls got to anything resembling recognition. Still, if you’re in the business of digging around record crates, the group’s 1987 full-length, Rebel Shoes, is an unsung classic from a time and a place when virtually everybody seemed to be riding high on the same alternative wavelength.

The Squalls may be a long-lost treasure of Athens’ music scene, but Pylon left a more indelible mark on the world beyond the sleepy college town. Ever heard of the 40-Watt Club? That legendary venue’s origin story can’t be separated from that of Pylon, as drummer Curtis Crowe opened the 40-Watt in part to give his band a “real” club to play at in their hometown. Crowe and the other members of Pylon were art students at the University of Georgia back then, and they sure sounded the part, playing a more abrasive and angular style of guitar pop than their peers in R.E.M. and The B-52’s. If you want to get a picture of just how incestuous Athens was back in those days, consider this: Pylon vocalist Vanessa Briscoe ended up marrying Squalls vocalist Bob Hay — but not before recording a couple albums’ worth of rippers like Gyrate’s “Stop It” and Chomp’s “Crazy”.

Though it seems crazy to think of The Replacements playing second fiddle to anyone these days, practically every underground rock band in the Twin Cities looked up to The Suburbs in the early 1980s — and with good reason. Led by art school buds Chan Poling and Blaine John Chaney, the group borrowed and stole liberally from punk and new wave before infusing the final product with a manic energy that few others in Minneapolis could hope to match. If you’re ever listening to Hüsker Dü’s minor 1980 masterpiece Land Speed Record and wondering where they got the idea to be so goddamn intense, look no further than The Suburbs’ 1978 debut EP on Twin/Tone. Of course, some of the band’s best material came much later, when they learned to tighten up their melodic chops on 1984’s sneaky-great Love Is the Law.

If You Like: Big Star, The Nerves, Guided by Voices

Cloud Nothings have been going strong for a good while now, but it’s not like Cleveland is widely known as a powerhouse of college rock — just ask any band that’s tried (and failed) to book a house show anywhere within city limits. Look further back in the Land’s music history, however, and you may have the fortune of stumbling upon a sloppy power-pop trio called The Mice. Owing more to punk than most of the other bands on this list — their 1985 single “Not Proud of the USA” became a minor college anthem during George H.W. Bush’s term in office — these Midwestern boys never dreamed of mainstream radio. Their legacy lives on in the form of 1985 EP For Almost Ever and 1986 full-length Scooter, which were combined and reissued by Scat Records in 2004. Drop everything, get a hold of that reissue, and send us a thank you note in the mail.

Calling The Bats one of the biggest New Zealand rock bands to emerge from the 1980s is like calling them one of the tallest hobbits to emerge from the Shire; it doesn’t mean much. But this jangly, joyous offshoot of The Clean remains one of the best-kept secrets in college rock, thanks in large part to tracks like “North by North” and “Made Up in Blue”, both off their 1987 album, Daddy’s Highway. Were it not for an accident of geography that found their influence relegated to a small country in the southwestern Pacific Ocean, that album might’ve been the one to make them huge. But don’t cry for The Bats — they reunited a few years back and just released another gem of an album, The Deep Set, in January. Tracks like the precious, melancholic “Looking for Sunshine” are vintage Bats, so give them a listen if you like your college rock well-aged.

Take a deep dive into ‘80s college rock, and you’ll find that much of it is virtually indistinguishable from the British indie pop phenomenon that was also in full bloom at the time. It’s no surprise that so many college DJs readily took to the English accent, which comes off a bit more intellectual than its American counterpart. What’s surprising, however, is how few of these bands managed to find an audience beyond late-night college radio. The Hull-based quartet known as The Housemartins enjoyed more success than most, in part because they ripped off The Smiths so beautifully. Tracks like “The People Who Grinned Themselves to Death” and “Reverends Revenge” could have been written by Morrissey in another life, but Paul Heaton and his sweet, sarcastic brothers-in-arms had a playful sense of melody all their own.

Another band to emerge from the fertile late-’80s UK indie scene, the wonderfully named Close Lobsters fell apart quickly and never quite fit inside a single box. Songs like the charming, shambolic “Fire Station Towers” come across like a quieter cousin to post-punk, but the band could also button up and churn out more atmospheric tracks like “Let’s Make Some Plans”, which sounds like the soundtrack to a high-school prom planned specifically for college-aged misfits. An almost physical pain comes over me when I think about what could have been with bands like Close Lobsters, but the good news is that they released a career-spanning collection, Firestation Towers: 1986–1989, as recently as 2015. Some candles burn too bright, but that doesn’t mean we can’t bathe in the afterglow.

Completing our UK trifecta are The Mighty Lemon Drops, a Wolverhampton group that earned the rest of the country’s attention with a 1985 single, “Like an Angel”, that sounds like what you’d get if you particle-collided The Doors with Echo & the Bunnymen. In classic ‘80s rock fashion, the group would continue to over-exploit their tremolo and reverb pedals on tracks like “Out of Hand” and “Inside Out” before disbanding in the early ‘90s. It may be a good thing they didn’t stick around for the heyday of the compact disc, because their jangly, not-too-atmospheric brand of alt-pop sounds tailor-made for a shitty cassette tape.

The mighty Sink were a London-based punk band active in the late ‘80s and featuring the talents of one Laurence Bell, who would go on to found the celebrated British independent record label Domino. There’s always been a sloppy, indefinite line between ‘80s punk and college rock, but Sink blurred it further by sandwiching indie rock melodies between chugging guitar riffs and vice versa. The group’s first album, Another Love Triangle, is all over the place in the best of ways, showing how truly expansive punk could be in an era when most of it was beginning to sound boring or derivative.

You didn’t think we could get through a whole list about ‘80s college rock without once mentioning the city of Boston, did you? The birthplace of Pixies and The Del Fuegos also spawned a group called The Cavedogs, who earned a reputation for rollicking live shows and airtight harmonies before releasing a pair of overlooked albums in the early ‘90s. The band’s power-pop leanings put them in a different category than some of their sloppier peers, but there’s just enough crunch in tracks like “Leave Me Alone” to keep things from veering too far into top-40 territory. If that piques your interest, the group’s 1990 album, Joyrides for Shut-Ins, is our preferred jumping-off point.