A Ren & Stimpy standalone film was rejected by Paramount Pictures 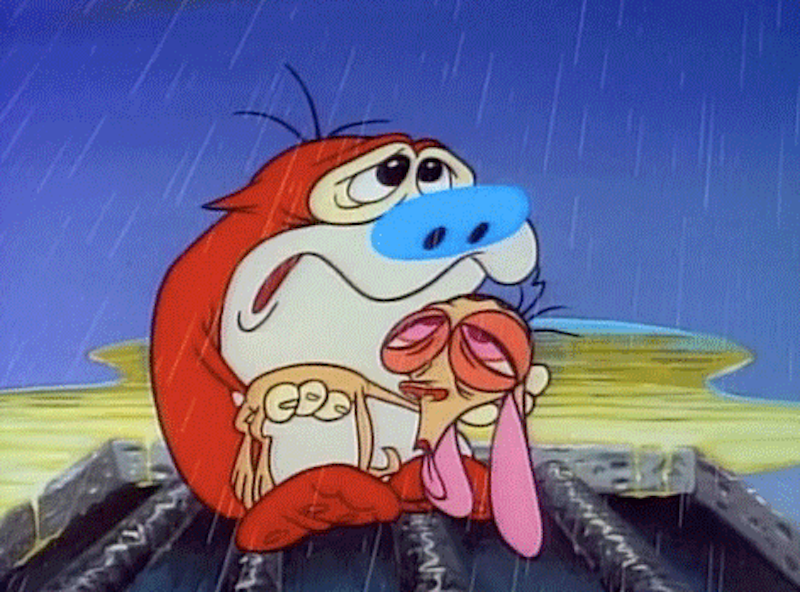 Last year, it was reported that a bunch of our favorite classic Nickelodeon characters — Doug, Rugrats, Ren & Stimpy, Ahh! Real Monsters, and more — would be incorporated into a new crossover film from Napoleon Dynamite director Jared Hess. Now, it appears that although that NickToons flick will move forward, it will do so without one of its marquee duos in Ren & Stimpy.

A move like this could suggest that studio heads have bigger plans in store for the cartoon chihuahua and cat, but there’s more bad news for nostalgic Nick lovers itching for a comeback: A pitch for a standalone Ren & Stimpy movie was also recently turned down by Paramount Pictures. Yes, fans, cancel all of your “Happy Happy Joy Joy” sing-alongs.

According to Screen Geek (via Exclaim), Paramount passed on a standalone feature due to the less-than-stellar reception surrounding the 2003 reboot Ren & Stimpy Adult Party Cartoon, which was axed after just five episodes. “They’re rebooting the Nicktoons without Ren and Stimpy,” Ren & Stimpy Show co-creator Bob Camp told Screen Geek. “We actually pitched a Ren and Stimpy movie to Paramount, they wanted nothing to do with it. [Adult Party Cartoon] poisoned the well. I think it really left a sour taste in everyone’s mouth. I had nothing to do with that one. And now, someone [at Paramount] doesn’t want anything to do with Ren and Stimpy.”

I guess the closest we ever really got to a Ren & Stimpy return this decade were these minor league baseball jerseys. Maybe one day.

Revisit a scene from Season 2 of Ren & Stimpy: