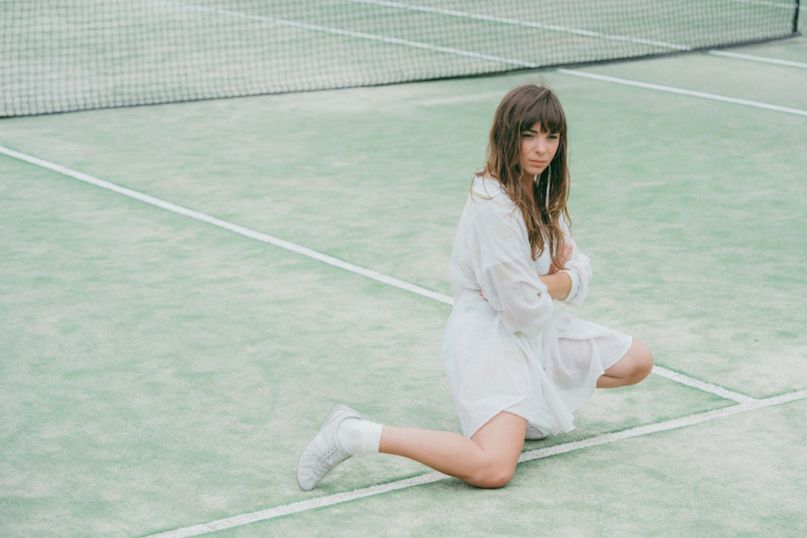 Utilizing her background in film editing, Canadian-born, Brooklyn-based artist Alex Stewart crafts songs that pop and ache like titular scenes of a romantic film. A handful of these cinematic tracks will be collected on Stranger, her long-awaited debut EP under her ACES moniker, including her newly unveiled single, “Baby, I Don’t Mean to Ignore.”

A sensual, close listen, its ebb and flow mirrors the slow and delicate tango that is dating — specifically the initial moments when one considers opening up for the very first time. “They said I should talk to you/ I wanted to,” Stewart hazily confesses on the synthpop ballad, before quickly succumbing to all the fears associated with being emotionally vulnerable. “I should be alright, but my face goes white.”

“I had all these classic movie scenes playing around in my head while I wrote ‘Baby'”, Stewart explains to Consequence of Sound. “You have this character and they’d rather not have their feelings exposed so they try avoiding temptation. But of course, they crave having their feelings returned and it’s their last chance to come clean. The chance for some clarity is just too thrilling to pass up.”