After his uninspired, self-titled jab, HNDRXX lands like an absolute haymaker 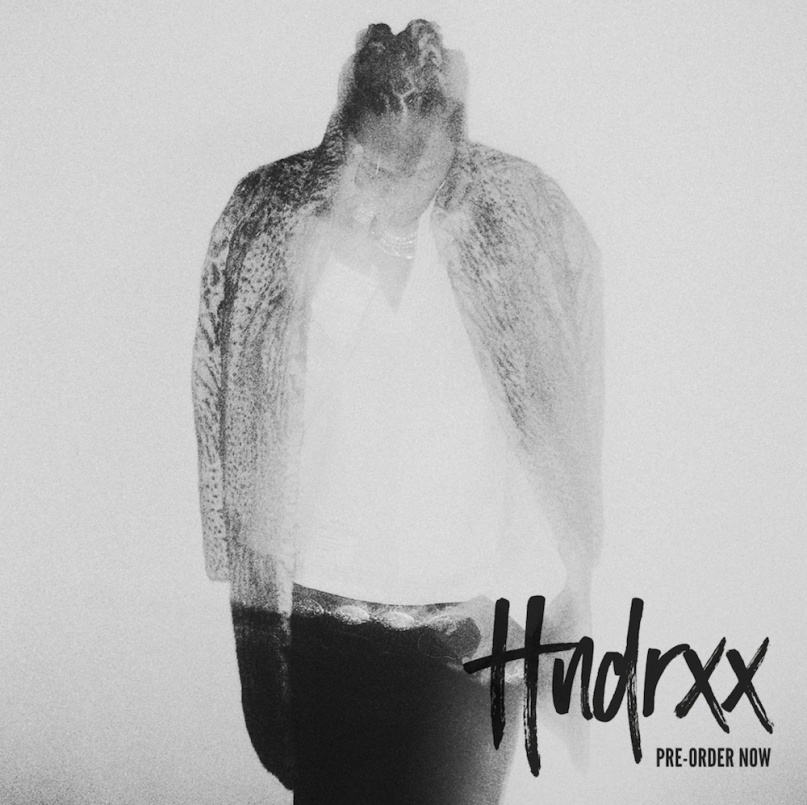 Future’s self-titled album, the first of two new full-lengths he released in back-to-back weeks, was an underwhelming 17-song outing largely consisting of retreads of his previous hits and cult classics. Even fans’ consensus favorite songs from the album, “Draco” and “Mask Off”, had their cliches, while filler material like “Scrape” was just plain dull. Some of the album was refreshing for its clear-headed verses (especially the last two songs, “When I Was Broke” and “Feds Did a Sweep”), but if its immediate follow-up, HNDRXX, turned out to be similarly one-note, it would seem that the 33-year-old (t)rapper and singer is running desperately low on ideas.

Fortunately, in an Instagram post, Future promised that HNDRXX was something special, going so far as to call it “the album I always wanted to make.” Sure enough, it plays like he was especially choosy about what made the final tracklist, with a clear vision for what he wanted the album to be. HNDRXX is deeply moody, and it’s sonically different from FUTURE, too. Whereas he over-relied on producers like Southside on the last album, he works with a wider range of beatmakers on HNDRXX. (Southside, aka Young Sizzle or just Sizzle, is only credited on “Lookin Exotic”, which also features backing vocals from Mayer Hawthorne.) Consequently, HNDRXX is effective for its breadth and its small-but-effective details: bluesy guitar plucks here, “SpottieOttieDopaliscious” horn loops there, etc.

HNDRXX has been received as a Future R&B album, or at least his most melodic LP since his 2012 debut album, Pluto. It’s also the furthest he’s ever strayed away from menacing trap-rap that instantly conjures images of Pyrex measuring cups and rundown houses. But frankly, much of this album is hard to classify. It’s like Future’s unique version of avant-pop. There’s the swirling, ethereal “Use Me”. There’s “Incredible”, a solo pop record filled with enough of Future’s idiosyncrasies to keep it interesting. “Fresh Air” has cascading melodies galore, not to mention its irresistibly tropical feel. And, needless to say, the album’s two major guest appearances from The Weeknd and Rihanna (on the determined anthem “Comin Out Strong” and the sweeping duet “Selfish”, respectively) make for inevitable mega-hits.

None of that’s to say Future is all about melody or that he skimps on meaningfulness here. The woozy album opener “My Collection” is the first indication that the remainder of the album will feature some of his most personal work to date. The song features Future reflecting about, among other things, the dichotomy of being both a near-fiendish drug user and the father of a young and impressionable son: “These codeine habits ain’t got nothin’ to do with my lil’ child.” He may not open up like that again until the seven-and-a-half-minute closing song, “Sorry”, but overall, the album finds him willing to sound vulnerable and pained.

HNDRXX is Future at his most inventive, or at least the most inventive he’s been in a while. While his most definitive project remains 2015’s Dirty Sprite 2 for its balance of Future’s innate melodic sense and especially effective trap records, HNDRXX comes in as a close second. As a history-making one-two punch, starting with the relatively uninspired jab that is FUTURE, HNDRXX is an absolute haymaker.