A cinematic opus plied with electrodes, stuffed into a cannon, and shot through a disco 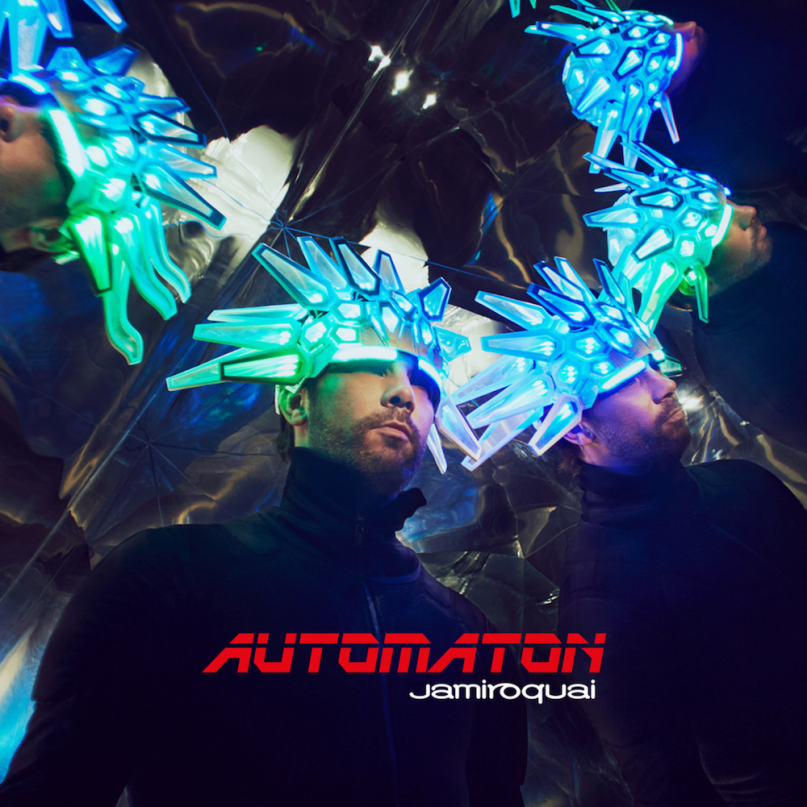 Seven years after the debut of their 2010 Rock, Dust, Light, Star album, Jamiroquai make their highly anticipated return as the future-forward ambassadors of the acid jazz, funk, and house magic they first pulled from lead singer Jay Kay’s oversized hat and ultimately spun into gold with 1993’s Emergency on Planet Earth. After years of traversing the rocky post-file sharing terrain of the music industry and a more recent sabbatical, Jamiroquai return with their new Automaton LP.  The eighth studio album from the band, the project is a 12-track cinematic opus plied with electrodes, stuffed into a cannon, and shot straight through the doors of the disco, where they resurrect the sound that first catapulted them from their UK digs. This time, however, the maturation of that aesthetic is apparent and adventurous as they delve into societal failures and deliver the party just sweaty and soulful enough to place a lead foot on the neck of the oft-vapid and musically homogenous EDM that has inexplicably ruled the roost at major clubs over the past several years.

An ode to the band’s roots, Automaton is constructed to represent the city that made them with a revelatory thump that should be as endearing and familiar to deep house and jungle aficionados and club kids as it is a testament to the mercilessly hard rhythms of Tricky’s signature trip-hop and SKEPTA’s homespun grime. Automaton is the unlikely intersection where old London and new London meet for drinks, but stay just long enough to fall back in love. Speaking to the instability of the world, technological disappointments, and the wonderful possibilities of life scored by an expertly crafted song, Jamiroquai prove with Automaton that they are as innovative as they are an institution — a well-oiled machine representative of the musical mastery at the heart of the UK sound. One that remains a powerhouse of full-bodied grooves, African rhythms, technologically forward composition, world-class talent, and expert pen game — never mind the reductive comments some have lobbed across the pond as of late. A curious band of preservationists, Jamiroquai’s versatility across the Automaton LP proves the value of staying power and musical chops, if nothing else.

Opening with “Shake It On”, Jamiroquai begin the project strapped firmly into the pocket before dropping off into deep space on the album’s title track. “Automaton” picks up where the techie idealism of “Virtual Insanity” left off, resurfacing this time at a warehouse party with a timely commentary on artificial intelligence, digital advances, and the arguably disappointing reality that was once a promising, fully-automated future. Many of the refrains and other statements peppering the project stand as affirmations of the band’s return and speak very clearly to the most obvious through-line of the project: Jamiroquai has yet to truly lose a step. By “Superfresh”, the band have followed the yellow brick road all the way back to the disco of their youth, where we jump the velvet rope for one last chance at cashing in that faded dance card. The pull of the tracks, however, could be much more emphatic if they are expected to do heavy lifting in the realm of getting the party started. There are definite points between the first and second half of the project where the groove descends into a rehearsal vamp — the kind you leave to the cutting-room floor, not the kind you necessarily feel compelled to record as anything beyond an interlude.

Any steam lost, however, is rectified by the opening of “Summer Girl”, which captures the balmy feel of a coastal holiday for all of the lovers in the house. They follow by doubling down on the Wild Style–era b-boy revival rhythm that makes an appearance at the top of the project before jumping into “Dr. Buzz”, an obvious highlight of the tracklisting. Jay Kay is alive and absolutely masterful on the mic as he takes a turn back to his acid jazz roots with the grade-A falsetto and warm, abiding groove that fans have come to expect from Jamiroquai. Kay’s performance on the track is only bested by an ethereal dance break that anchors the cut and doubles as a tribute to slain Long Island man Eric Garner; “Hands Up, Don’t Shoot” becomes a poignant party refrain that is as timely as it is liberating in the polyrhythmic place setting the band places around it. The words alluding to the world just outside the dance floor that everyone sweating and grinding inside has only narrowly managed to escape.

“Vitamin” is the absolute star of the project. Just ahead of the closing track, it feels like the composition Jamiroquai had been trying to deliver with the preceding joints — songs that just do not sound as gorgeous or complete in spite of their infectiousness and apparent beauty. Everything that ever made Jamiroquai brilliant is on full display here, and the result is a wonderful closing shot that deserves to be played on repeat. Jamiroquai cap the project with “Carla”, a synthy celebration of having survived a night of partying to live and love another day in the big, bad world outside the hallowed doors of the discotech. Jay Kay croons, “Your smile, you can turn the tears I had to gold dust/ I’m the only one you know you can trust/ Nothing’s ever going to come between us.” The bass vamp conjuring Michael Jackson’s Off the Wall title track and reinforcing the point, one can only hope he absolutely means the words he says. This is the return of the Space Cowboy. The real one. The return we have all been waiting for, and it does not disappoint. Let’s agree never to part again for so long unless the reunion promises to be just as joyous and refreshing as Automaton.