A varied and vibrant record that’s a steady, reliably smart listen from start to end 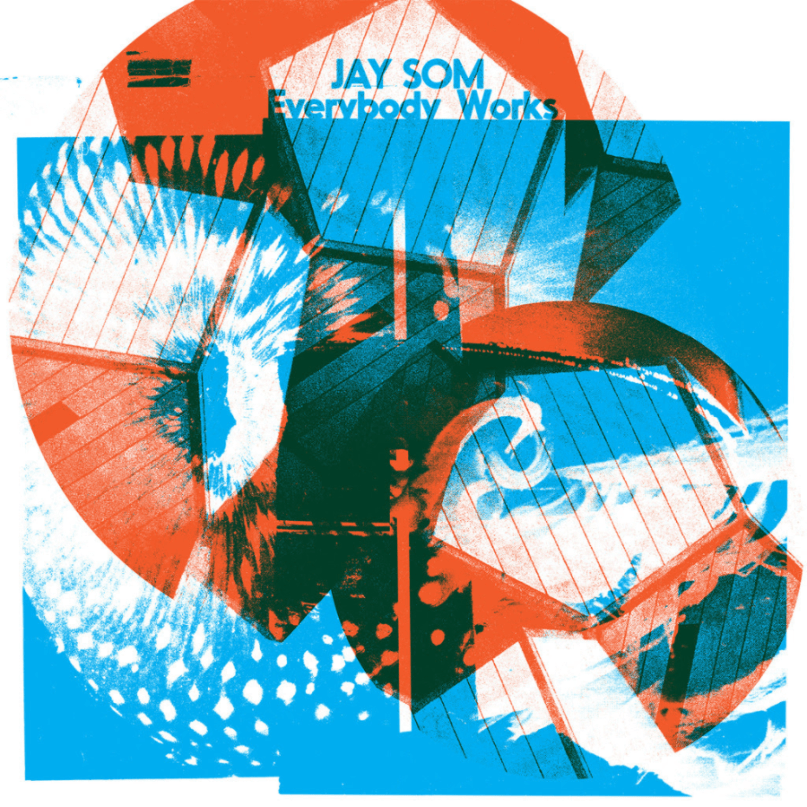 Jay Som does things in increments. A career that started as a spur-of-the-moment Bandcamp upload became a few more Bandcamp uploads, became word-of-mouth buzz in her home base of the Bay Area, the likes of which hadn’t been seen for a while. That, in turn, became an offer from revered indie label Polyvinyl, coverage from the likes of MTV and SPIN, and dates with bands like Mitski, Peter Bjorn & John, and Honeyblood. It’s been a slow burn — a very slow burn — for Jay Som since 2015. She doesn’t rush into things, but seems to be taking all that comes at her in quiet stride.

Everybody Works is the next logical half-step from her Polyvinyl debut, Turn Into. That record was a hushed affair, mainly carried out in either softly-delivered vocals or a dose of distortion. The tender tendencies are still there, but she’s singing with slightly more force than last time. Jay Som has built upon her established identity as a skilled songwriter with a long future ahead of her to craft a varied and vibrant record that’s a steady, reliably smart listen from start to end.

Jay Som — real name Melina Duterte — lives in Oakland, a city across the Bay from San Francisco that, for the last half-decade at least, has been absorbing the castaways that found themselves priced out of SF. Everybody Works seems born of that region, which is going through a similar, but less urgent period of explosive rent hikes and unchecked gentrification. Broad influences stream steadily throughout Everybody Works: There are the crunchy guitars that can be traced back to the East Bay’s long-standing warehouse scene, and more tempered, dance-ready compositions fill the rest of it out.

Duterte admits to being influenced by Carly Rae Jepsen’s 2016 release, E• MO •TION, a clapback at her predicted one-hit wonder status that ended up being a tour de force of pop. You can hear it in tracks like “One More Time, Please” and “Baybee”, near the middle of Everybody Works. There’s a stronger pop influence on this record, one that has always been scratching at the door of Jay Som’s work. Near the middle, the beats get beatier and the synths get synthier. However, it never descends into any kind of vapid crooning. Surrounding them is just as much rock influence, taking clear cues from late ‘90s and early-aughts garage work. The whole thing has the buoyant, but defiant, feel of late-’90s teen movie soundtracks, songs with radio appeal but riot grrl edge.

Everybody Works gets confessional the deeper you get. Though it starts in some robust bursts — sparkling strings give way to shouted choruses, showing off her range of musicianship — as the tracks wear on, more and more self-doubt and deprecation start to creep in (“You don’t want to see me like this,” etc). Duterte is 22 and on Everybody Works seems to find herself caught up in that quarter-life confusion that tends to strike around that age. It feels like she’s letting you in on some kind of secret — like, since you’ve made it this far, she’s decided she can trust you with this information. The only drawback is that Everybody Works is so reliably good, you can start to tune out a bit after a while. You start expecting excellence from Duterte, and when she delivers, you take it for granted.

“Once I was very brave /I stepped on the stage /Took my breath away,” she sings at the beginning of “(BedHead)”. On Everybody Works, Duterte’s timid, but not terrified. Like any sophomore album, it constitutes a bit of a departure, but at this juncture, she has every right to experiment. She’s young, she’s brand new, and in Oakland, she’s surrounded by screaming metamorphosis. But in a region rapidly undergoing socioeconomic transformation, Duterte’s taking baby steps.

Essential Tracks: “1 Billion Dogs”, “The Bus Song”, and “Everybody Works”