A strong, elegant, and self-assured record full of complexity and depth 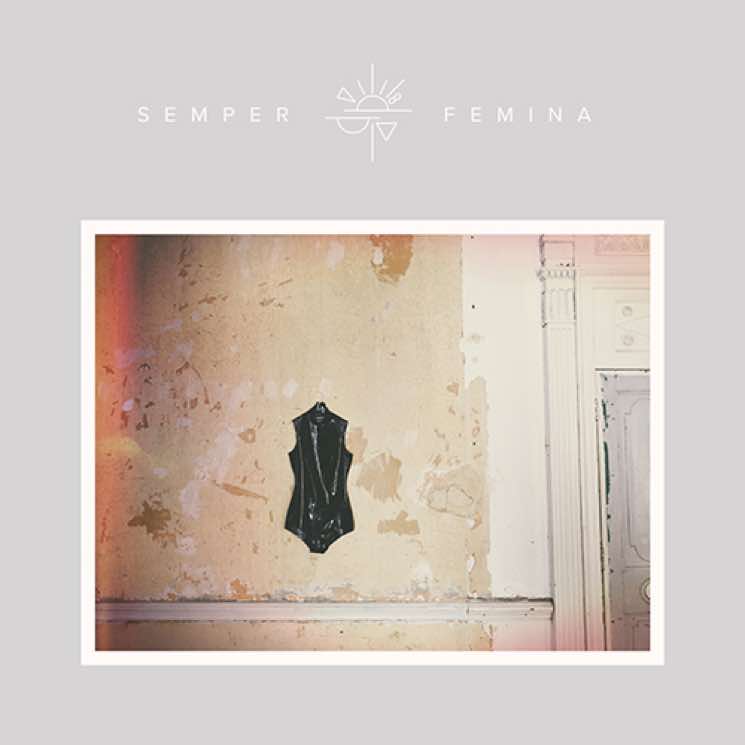 In a statement released with the album’s announcement, Laura Marling explains that she initially sought to make Semper Femina, her sixth album, a reflection on women from the perspective of a man, but eventually came to embrace her own perspective looking upon and revering other women. This is critical knowledge for listening to the album: Women are the narrators and subjects on Semper Femina, a powerful but unforced rumination on gender and desire.

Semper Femina is an album about womanhood written in the 21st Century, but that is not to say that it maligns men. It’s simply that they’re not really present or relevant on the record. Their absence is incidental; they are not the anchoring, gravitational center of the lives of any of the “you”s and “I”s. This is refreshing.

Despite a reference on her podcast, Reversal of the Muse, about “boyfriends and girlfriends,” Marling told the Telegraph recently that she identifies as straight. Still, the reverence for women present throughout Semper Femina, the desire and trepidation and gently erotic worship, will touch a chord with queer listeners. Labels aside, there is intimacy here that goes far beyond the platonic, such as in “The Valley”, a Nick Drake-style lament-slash-lullaby that features excellent, fluttery guitar work and pure, clear vocals that speak of adoration and regret: “I love you in the morning/ I love you in the day/ I’ve loved you in the evening/ If only she would stay.”

Similarly, single “Wild Fire” brings to mind Patti Smith’s “Gloria”, another song by and about a woman that is fierce, sensual, and more than a little barbed. The most enigmatic song on the album is surely “Don’t Pass Me By”, with Marling begging the titular line with brooding, swaggering, almost Johnny Cash-like solemnity, as a strange, trembling drumbeat stumbles every other measure in a way that at first seems dismissible and then becomes the messed-up heartbeat that utterly consumes the focus of the listener.

Much of Semper Femina is delicate observation, but there are just as many songs on the album that look inward. “Always This Way” feels like the closest Marling can come to the insecurity and anxiety that many of us experience after an encounter that has high emotional stakes. The song has a bright “Blackbird” Beatles, lovestruck Sufjan sound, but cloaked in the melancholy that comes from understanding your flaws too well. Similarly sunny but sorrowful is “Wild Once”, which features Marling’s strongest and most deeply English enunciation and reminds listeners that her chops, when it comes to natural, pastoral imagery, are a strong as ever.

Then there is the stunning, worshipful “Nouel”, wherein she revels in pure admiration of her subject: “I’d do well to serve Nouel, whatever service I may be.” There is an aching desire for Nouel, who draws out from Marling a comparison to Courbet’s intensely erotic painting “L’Origine du Monde” and a vocal expression that makes “Nouel” sound almost like a hymnal. It is in “Nouel” that Marling finally unearths the album’s title, referencing not only the song’s subject but also herself. “Semper Femina, so am I,” Marling sings in what, among an abundance of precise and evocative lyrics, seems to be the key to the album.

It is beautiful, intimate, and ultimately very frightening to be what you love. It’s not hard to understand Marling’s initial hesitance in how to approach an album about women: To a woman, other women both are and are not oneself. To embrace a love, respect, and idolatry of the feminine means, as Marling notes, to come to a place of empathy and self-love, and these are things that can make you feel as naked and vulnerable as sex can.

The album is, overall, light and untethered, powerfully free in tone and disposition. When Marling ends the album on “Nothing, Not Nearly”, proclaiming that “nothing matters more than love,” there is less a sense of her talking about her need for one singular person and more about all the love she has experienced and witnessed in her life, encompassing many forms and many people (perhaps even herself).

Semper Femina does not reach the soaring intensity and edged elation of Once I Was an Eagle, nor does it carry almost any of the freaked-out electricity that propelled Short Movie and allowed it to stand as a worthy successor to Eagle. But it is a strong, elegant, and self-assured album that, in its creative arrangements and lyrical world building, contains remarkable complexity and depth in terms of both skill and concept.

Essential Tracks: “Wild Fire”, “Nouel”, and “Nothing, Not Nearly”