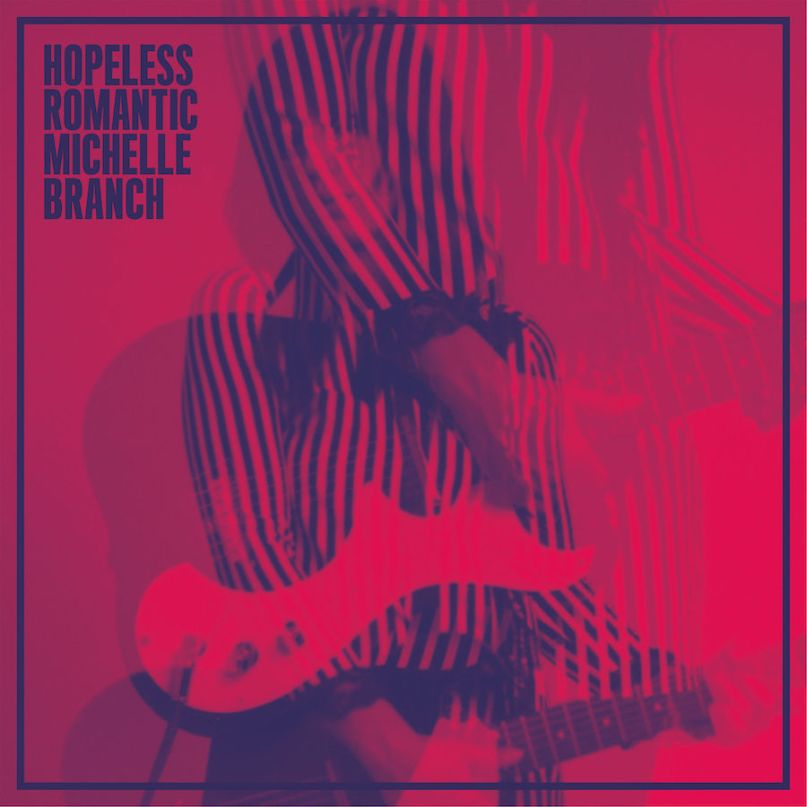 Heartbreak is a curious thing. It’s an unmatched pain, ruthless even. But it’s also perhaps the best catalyst for creativity, especially when it comes to music. You don’t have to look much further than Fleetwood Mac’s Rumours or Kanye West’s 808s & Heartbreaks (or even the majority of Ryan Adams’ discography) for proof that a broken heart can lead to creative catharsis.

But what happens when you come to terms with heartbreak? What happens when you move on? These questions are weaved throughout Michelle Branch’s third studio album, Hopeless Romantic. On her first solo full-length in nearly 14 years, the singer-songwriter – known in the early aughts for pop rock anthems like “Everywhere” and “Are You Happy Now” – gives an intimate look at her road to self-discovery after her 2015 split from husband Teddy Landau. The result is her most vulnerable and honest work to date.

Much of Hopeless Romantic carefully treads the line between Branch’s signature pop rock sensibilities and her new Nashville-influenced sound. Co-produced by Gus Seyffert (Beck, Sia) and Black Keys drummer Patrick Carney (who she also happens to be dating), the LP has a huskier, bluesier edge than predecessors like 2001’s The Spirit Room and 2003’s Hotel Paper. The title track, for instance, feels like a cross between Beach House and Lana Del Rey, as Branch sings about dangerous love over haunting synths. But this change never feels indulgent or forced; rather, it proves she’s seamlessly put a modern twist on what made us all fall for her in the first place.

As the title implies, Branch wrestles with love and reckons with her failed marriage. Album opener “Best You Ever” is a kiss-off track to her ex and argues that the sweetest voices can also be expertly cutting as she sings: “I want you to remember me/ Every time you scream as the best you ever…” This refreshing earnestness washes over the rest of the album: The delicate “Fault Line”, which Branch wrote with M83 alumnus Morgan Kibby, rejects complacency in a relationship gone awry; “Heartbreak Now” chucks caution to the wind and teems with quiet obsession; “Temporary Feeling” flirts the idea of being instantly attracted to an acquaintance; and album closer “The City”, sung alongside Atlas Genius’ Keith Jeffery, works as a delicate ode to starting over, consequences be damned.

However, the most revelatory moment on Hopeless Romantic arrives midway though during wistful ballad “Knock Yourself Out”. It’s a song that captures a change in the tide, a nervous breathe for Branch as she begins to take her first step on her own. “I hope all that I’ve learned will make sense when I get there,” she repeats to herself over and over like a hymn. The first glimmer of resolve — this is where Branch finally finds solace in the unknown. This is where she realizes that the only way from here is up.

Essential Tracks: “Hopeless Romantic”, “Best You Ever”, and “Knock Yourself Out”