On her fourth LP, the experimental noise act makes a call for empathy with sedative drone 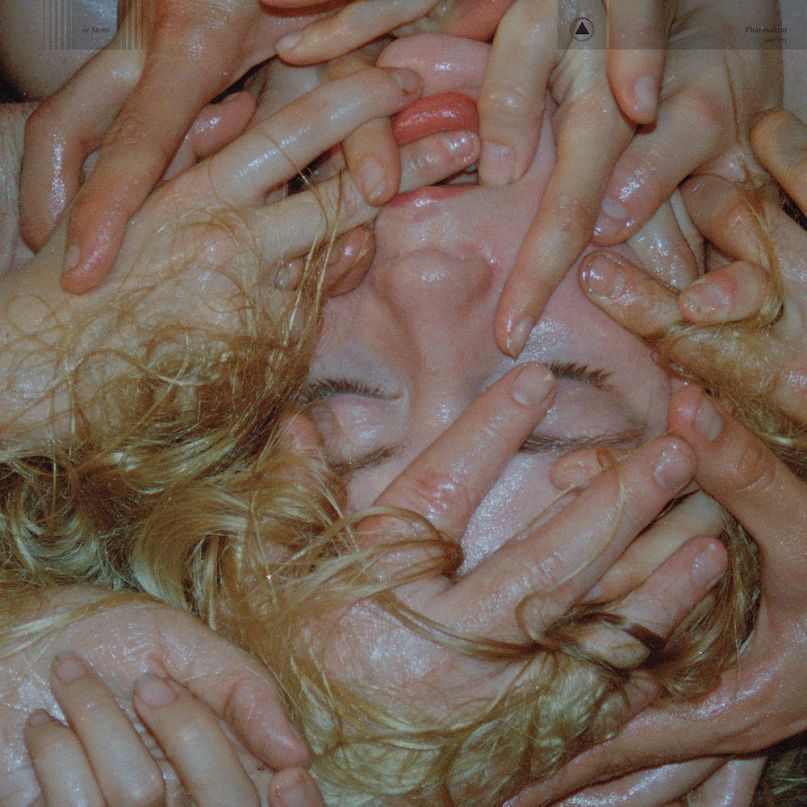 No matter where she performs, what she’s performing, or who she’s performing to, there comes a point in Pharmakon’s live shows where onlookers wind up asking themselves, “Is she about to pass out?” Margaret Chardiet pushes listeners to their limits while she pushes herself to hers, allowing her solo industrial noise project to become a medium for enervating. While energy levels deplete themselves, inspiration levels increase. As she shifted from New York’s underground experimental scene to the elevated vantage point of label Sacred Bones, Chardiet began facing a larger audience, but her music never bent under the pressure of multiplying eyes. Now, at only 26 years old, she’s finally learned how to keep her breath come the end of a record, for better or for worse.

On her fourth release, Contact, Chardiet already has a map of where her songs will take her. The six-track full-length sees her editing her sound with a previously hidden awareness, projecting herself and her fears through visceral means, but trimming its corners so as to present a pretty package. With her last record, 2014’s excellent Bestial Burden, Pharmakon centered around the visceral effects of noise, predominantly their ability to hack away at our physical and mental states. On Contact, Pharmakon focuses on the mind separating from the body entirely, when it floats beyond us with the vantage point of an onlooker. Transcendental moments are hard to describe — hence why there’s a word like “transcendental” to begin with — so she segues between clipping buzzes and industrial numbness, as exemplified on “Transmission”. The record goes beyond Chardiet, though. This isn’t about Pharmakon as a vessel to portray her experiences. It’s about humanity’s similarities as a whole, and she creates a record that, as impossible as it may seem, calls for empathy by calling upon the sedative side of noise.

For once, Chardiet hoisters drone to take on new tones here. It becomes a tool to keep going. Early on, it’s about sedation, finding your inner core to latch onto for energy, like the numbing Shepard tone of “Sentient”. Then, on “Somatic”, she stirs that fuzz into venomous pitches, rotating notes like she’s turning a crank with what little energy is left in her — yet she keeps it going, churning the song like someone with a second wind, and the screeches and bellows of discordant feedback suddenly become harmonious because of it. It isn’t until the album’s end that she grows into full form. “No Natural Order” bellows with horrifying strength. Chardiet screams like a child seeing how high her voice can go, scratching the top of the musical ceiling with a fanged voice: “Despite all our scrambling rejections/ We cannot transcend all of our instincts.” Then, she calls for unity: “No divine law, escape!/ No positive law, revolt!/ No natural law pertains/ Only empathy, untamed.” Beneath her, that same unsettled drone hums. It picked her up when she needed to heal. It’s sure as hell sticking around to see her transform into a self-sustained force. And then, with three definitive knocks, the song ends.

Contact reels in the industrial noises as if the album already flattened itself beforehand. A sprawling number like the seven-minute monster “Sleepwalking Form” could use its groans and metallic stomping as prominent features, but instead, they rest in the background as dissonant beats. Listening to Pharmakon was once a draining experience for both the maker and the listener. Here, it becomes an action for reflection. Pharmakon released an album that allows for more inner thought than external reaction — a surprising, though enjoyable, decision. Like the album cover of crosshatched fingers over her face — like human worms digging into her skin, slinking through her hair, wiggling across her flushed cheeks — all glistening in sweat, she appears to be under the pressure of hot air and unavoidable touching. She isn’t manipulating the fingers; they’re moving across her. No matter how sinister it may appear to some, it’s a figurative call to empathetic bonding.

It’s fitting that Contact hits stores 10 years after she began the solo project. In the past, like on Abandon, Pharmakon used drone to signal resolution, an exasperated type of acceptance following physical exertion, but this time around it’s the will to carry on. A decade into her career under the moniker, Chardiet is still carving noise that asks her to give all of herself and then some. Contact just finds a way to pull it off without sounding like she’s on the verge of collapsing — which, for the sake of everyone’s well-being, is a surprisingly good meeting point. There’s just a small space left unused that finds listeners wanting more.