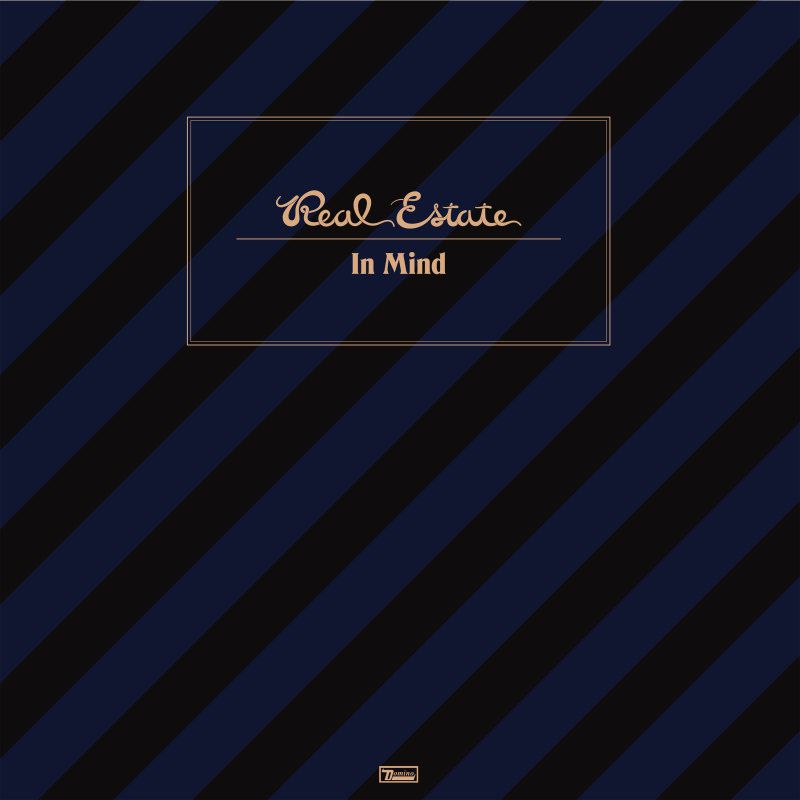 Real Estate’s music has a methodical beauty. The guitar riffs are neatly plucked. The drumming is orderly, and the mixes are as clean as a show house interior. These are traits not generally associated with great indie rock music. In lesser hands, the band’s tranquil manifesto would fall into motionless, “sounds pretty good” territory — vague background music that doesn’t press down with any kind of impression. But Real Estate’s gentle touch is hard to turn away from. They embrace their soothing orchestration like a parent holds their newborn. This isn’t just music made at the band’s own pace. It brings listeners down to their speed.

In Mind is a thorough portrait of Real Estate’s comforting scripture. The touching points are pretty much the same as before — the psych-tinged ‘60s rock of The Beatles and The Byrds through to the Pink Floydian prog touches and the misty guitar lines of ‘80s groups like Galaxie 500 and Echo & the Bunnymen — but the six-piece bring their own hazy lucidity. There’s the odd bit of reverb, but the band don’t douse their arrangements in it. Instead, it’s the clear symphonies, lustrous melodies, and singer Martin Courtney’s sweet vocals that take you into a kind of hallucination. In Mind invites you deep into the narrator’s subconscious. Grasping with these songs is like trying to reconstruct a dream you had the night before.

Reality feels slippery, and time doesn’t seem to flow in an uninterrupted straight line. On opener “Darling”, Courtney waits at home for the return of his lover. Great importance is placed on the smallest detail (“The black and yellow finches/ That nest in our new ferns”) as night becomes day, and day becomes night. How much time has passed? Impossible to say. The heartbroken storyteller could be any age, or he could be trapped in the infinitive loop of dream world. Yet “Darling”, a single, is actually one of the propulsive pop numbers in the set. The guitar riffs flicker and spark, and the hook sticks. Everything Real Estate touches turns to bliss.

Other tracks find the band sinking into a drowsier state. They frequently work sleep and dreams into their songs, doubling down on their foggy ethos. On “Serve the Song”, Courtney sings: “I woke up Sunday morning back where I belong,” voicing the escape of unconsciousness that’s frequently hinted at. On ballad “After the Moon”, listeners are encouraged to “just the let movie play out in your head.” The group rarely write hard angles into their songs. Their lyricism leans on expressive language and mild surrealism.

Elsewhere, “Same Sun” rides the kind of jangly riff that might have underpinned an early Smiths single. It’s “Two Arrows”, though, that encapsulates Real Estate’s flair for the serene. The first half of the near-seven-minute jam is lazily strummed aural candy. The second half sees a slippery guitar line on repeat, a more fuzzy lead laid on top, and Jackson Pollis’ Nick Mason-style drum rolls. Just a handful of elements, but there’s soul between the sounds — as much musicality in the spaces as the noise. In Mind may lack friction (there’s no Zepplyn-esque banger to keep your guard up), but it’s no worse for it. This is a band cruising in their own lane, the road smooth as Teflon.