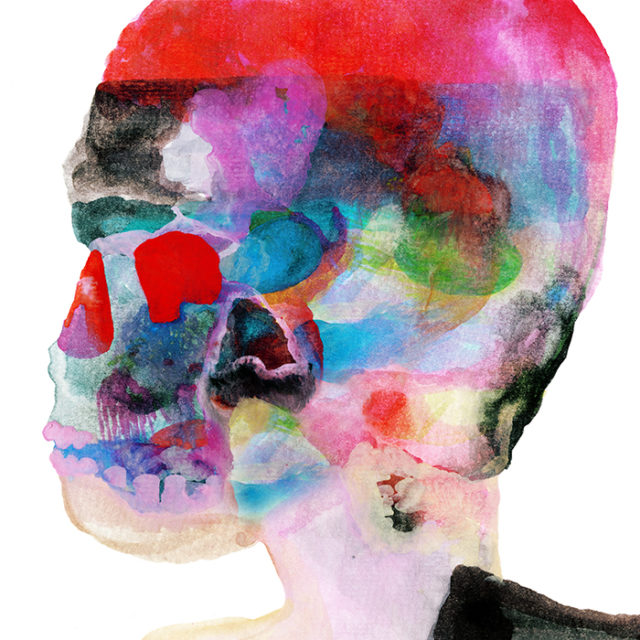 Whether you think Arcade Fire’s Reflektor was great or not (and I’ve thought it was both at different junctures), it was hard to deny that it was a stretch. The gawky Montreal sextet won an Album of the Year Grammy and henceforth decided to act like U2, reapplying for the best band in the blogosphere or whatnot. So like U2, this bunch of earnest indie rockers tried to make dance music signify at a time when artists of all types were doing just that. But none so self-consciously. Anyway, four years later, whether you thought Reflektor was great or not, it wasn’t much of a Big Statement, and for a band like Arcade Fire, that can seem like a failure on its own.

Spoon has succeeded alongside Arcade Fire during about the same time period for completely opposite reasons: They don’t have any Big Statements. “Small Stakes” has been their thing in name since 2002 and in reality since their last Matador album, their first. Britt Daniel’s certainly one of the luckiest guys in indie-rock; he’s consistently well-reviewed and has hit Billboard’s Top Ten a couple times without so much as a “Float On”-sized crossover moment. “The Way We Get By”, “I Turn My Camera On”, “The Underdog”, and “Do You” were always present in the room during their respective years, but they never dominated the conversation, which is kind of the secret to how he has stayed in the conversation. He has a knack for writing tunes that teeter on the brink of the memory, less with a dynamite piano hook than a plinking reminder of his presence. The ghost of him lingers.

So Spoon’s ninth album, Hot Thoughts, is a natural fit for someone who could do Reflektor a lot more naturally because his sly avoidance of the center of the hypestorm (and his sly vocal attack) makes just about anything sound natural. “I Turn My Camera On” was unironic falsetto funk before How to Dress Well, Autre Ne Veut, or any of these new-jack over-expressors got their pasty hands on it; 2007’s Ga Ga Ga Ga Ga brought in Motown horns without any loss of drollness.

The bigger story with Hot Thoughts isn’t its funk-rock, though; it’s the complete abdication of minimalism. Every Spoon album since 2001 has featured a handful-too-many tunes built around one or two chords despite plenty of moments like “The Underdog” or “I Summon You” where Daniel’s grooveful chord-threading could pass for honest-to-god songwriting. But with Dave Fridmann (Tame Impala, Sleater-Kinney) at the helm, there’s not one single track here that rests on tempered repetition; every song bursts out of its box with dizzying Technicolor touches and unexpected noises or inside-out harmonies. And with the sexy title track and first single upfront, it’s tempting to call this the band’s fun album. It’s certainly less self-conscious about its vampy experimentalism than Arcade Fire was, or Beck’s Midnite Vultures for that matter.

One winner, “First Caress” is disco-rock carved from the rhythmic granite they’ve been employing as a bottom for years now, with an avant-piano meltdown in the middle to gleefully signal Daniel letting loose like he did banging his instrument on the underrated Transference’s calling card “Written in Reverse”. Another surefire hit to join the somewhat undervalued advance singles “Hot Thoughts” and “Can I Sit Next to You” is the stomping “Do I Have to Talk You into It”, which sounds like Nine Inch Nails’ “Closer” if it was arranged by Allen Toussaint. These kinds of guileless bangers fill the first half with appropriately hot beats if not thoughts, simply because Britt Daniel’s never made much of a campaign to let us know what he’s thinking. But he’s sonically spreading his wings like never before; the vibraphone- and steel-drum-flecked “Pink Up” may be the longest Spoon song, and “WhisperI’lllistentohearit” has a goddamn tempo change.

The second half is more dicey, in the sense that it plays like they rolled one. “I Ain’t the One” is a ghostly ballad over a gated Linn drum, “Shotgun” tries for Talking Heads arena-funk but sounds exactly like The Decemberists’ “The Perfect Crime #2”, and final hot thought “Us” is five minutes of instrumental jazz. All of these are fun, surprising left turns for a band to take when they’re trying to get away from themselves, even if none of them will really stick in the memory when Hot Thoughts isn’t playing. As they sang on the last album’s “Knock Knock Knock”, “If you miss the meaning this time/ Well, here comes another one.”

That’s the sword Britt Daniel lives and dies by, though: By never making a Big Statement, even his best records consign themselves to the margins lest he enter the mystery zone of a legitimate pop album or something. Thus, his big statement is his Body of Work, of which every fine part adds up to a greater sum. Here comes another one.

Essential Tracks: “Do I Have to Talk You into It”, “First Caress”, and “Hot Thoughts”