An Evening with Chicago’s Closed Sessions 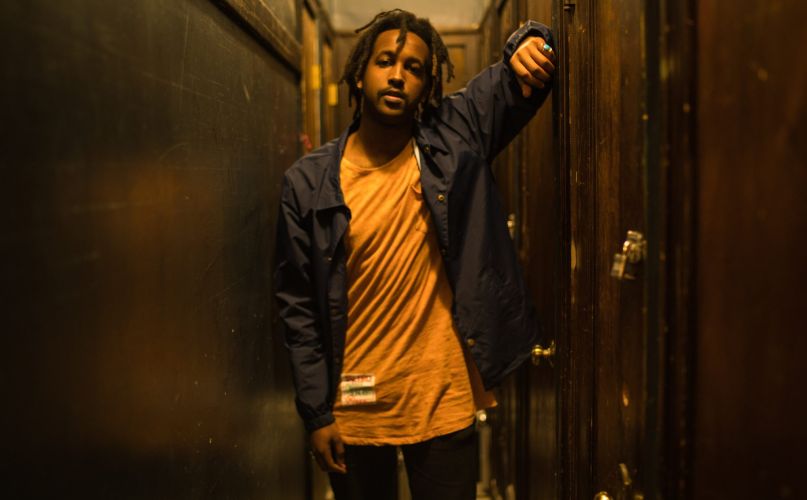 The past few years have seen Chicago re-insert itself at the forefront of hip-hop in America. Our commander-in-chief is a smiling kid from 79th street who wears the city’s stripes prouder than any torchbearer before him, and Chicago music is flourishing in the first term of his reign. Often unseen, however, are the brick layers and trench diggers that work tirelessly to form the type of Floating Foundation necessary to hold in our city’s notoriously tricky soil.

Closed Sessions, for the uninitiated, is an independent Chicago-based hip-hop label whose roots trace back to 2009. Founded by Alex Fruchter and Soundscape Studios head Mike Kolar, Closed Sessions has worked with some of the most notable acts in the game, including Chance the Rapper, Raekwon, Action Bronson, Noname, and Vic Mensa, amongst a laundry list of others.

Fruchter began in the hip-hop world as a blogger who was relentless in encouraging local music, eventually becoming an early supporter of the Save Money collective and even conducting the first known interview of Chancelor Bennet. Kolar, for his part, is a veteran audio engineer who manned the boards for many of the same early releases that would form support beams for the expanding Chicago Empire we witness today.

As the story goes, Closed Sessions is actually the eponymous outgrowth of a video content series Fruchter created for the Chicago centric hip-hop blog Ruby Hornet. Fruchter would take acclaimed rappers around the city for a day, culminating with a studio session that led to some incredible collaborations. These “Closed Sessions” eventually gave way to a string of releases from 2012-2013 by Alex Wiley, Vic Mensa, and ShowYouSuck, and thus, a label was born.

Last year was by any measure Closed Sessions’ breakthrough year, beginning with nationally acclaimed releases by Jamila Woods and Kweku Collins, and ending with Closed Sessions receiving the “Chicago Artists of the Year” award from the Chicago Tribune. But “breakout” by Fruchter’s definition still leaves plenty of room for upward mobility. Ever a fan of incremental motion, Fruchter states his aspirations simply, “The goal is to continue getting better at releasing music, and do what we’re doing with a higher level of visibility. I think we have something special and we are looking for continued and controllable growth.”

Foundation is a term that is underscored again and again by Closed Sessions, who take their philosophy from the pages of labels like Rhymesayers, Rawkus, and Decon Records. “We want to be the label [in Chicago] that serves as a backbone for the hip-hop community and helps these artists in the way [all those labels did]”, Fruchter explains in a Closed Sessions official video. It is a sentiment that was on full display Friday, March 24th at the Metro.

Throughout the evening, the entire Closed Sessions roster made appearances, beginning with an energetic performance by Cleveland upstart Kipp Stone and Minneapolis-bred Boathouse, whose sleepily mellow beats have become a hallmark of Kweku Collins’ sound. Oddcouple, who has produced for nearly every notable young Chicago hip-hop artist, leaned into classic hip-hop hits for his DJ set, but took a moment to allow Jamila Woods—who was not billed—to deliver a powerful performance of HEAVN standout “LSD”. Webster X and Kweku Collins closed the evening, with Kweku hot off a string of SXSW performances that see him poised for his spot to enlarge significantly in the coming months.

The audience trickled in gradually, though the full room eventually swelled with concertgoers who proudly championed every act staged. After a brilliant performance by Louder Than A Bomb champion Ireon Roach, Kevin Coval, who founded LTAB within the vital Young Chicago Authors program, took the mic and delivered a brief monologue that spoke to Closed Sessions’ increasing purpose, saying, “We lose too many of our brightest artists to the coasts, Closed Sessions is a big part in changing that.”

On his most recent album, Nat Love, Kweku Collins says, “The opportunity has arisen for me to contribute to something that I see as bigger.” It’s a simple platitude, but one he contextualized in a recent interview with Spin, stating, “I’m not saying that I’m like that big or anything, that I have that much profound shit to say, or that I’m that important to the way that the world works, but I’m part of a group called Closed Sessions in Chicago. I’ve been kind of included into that whole system and that whole thing. I feel like now I’m contributing to that.”

Contributions like this require a genuine, symbiotic relationship with a community. It’s the little moments — like giving center stage to one of the city’s brightest spoken word performers in Roach; or Collins and Webster X applauding their peers shoulder-to-shoulder with the crowd as opposed to watching from above in VIP; or the entire CS squad staying for meet-and-greets without a trace of sanctimony — that illustrate Closed Sessions’ continued commitment to earning it.