As confirmed by a tweet possibly teasing the sequel's title 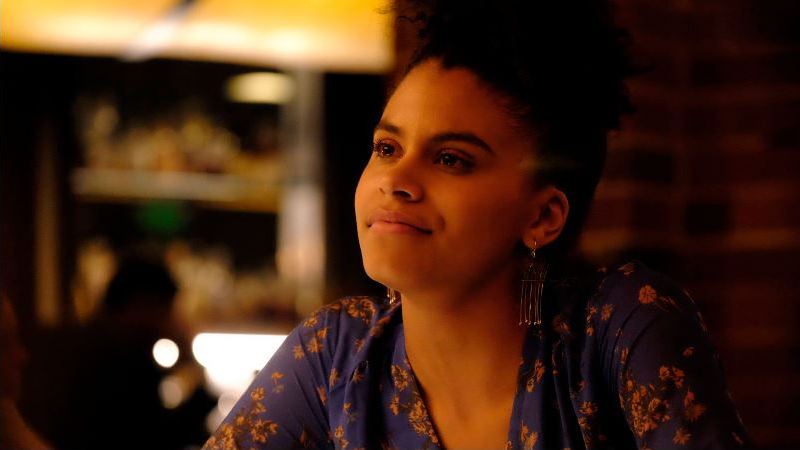 Atlanta actress Zazie Beetz has officially been cast as Domino in Deadpool 2.

Deadpool star Ryan Reynolds initially teased the announcement by tweeting “Domino Effect” with a photo spelling out her name in dominoes. Less than an hour later, Reynolds sent out another tweet confirming the announcement with the caption “Zazie Beetz Effect” and an attached photo of a mocked up comic book cover.

On the cover, Beetz’ head is Photoshopped onto Domino, who is perched on Deadpool’s back as he skydives over the city. The comic book may also teasing the title of the sequel: Deadpool & The Mission for Money. Check it out below.

In the original comics, Domino has mutant “probability-altering” powers, and like Deadpool, is a mercenary with expert marksmanship and fighting skills. She’s a close companion and teammate of Cable, the next major role expected to be cast for the sequel. Together, they’ve faced and worked with Deadpool multiple times.

Last weekend, a Deadpool 2 teaser trailer debuted prior to screenings of Logan, providing a first glimpse into the vision of new director David Leitch for the sequel. The film is slated to hit theaters on March 2nd, 2018.

Beetz has earned praise for her portrayal of Van, the mother of Donald Glover’s baby daughter, on the critically acclaimed Atlanta. The show won two Golden Globes and earned a renewal last fall.