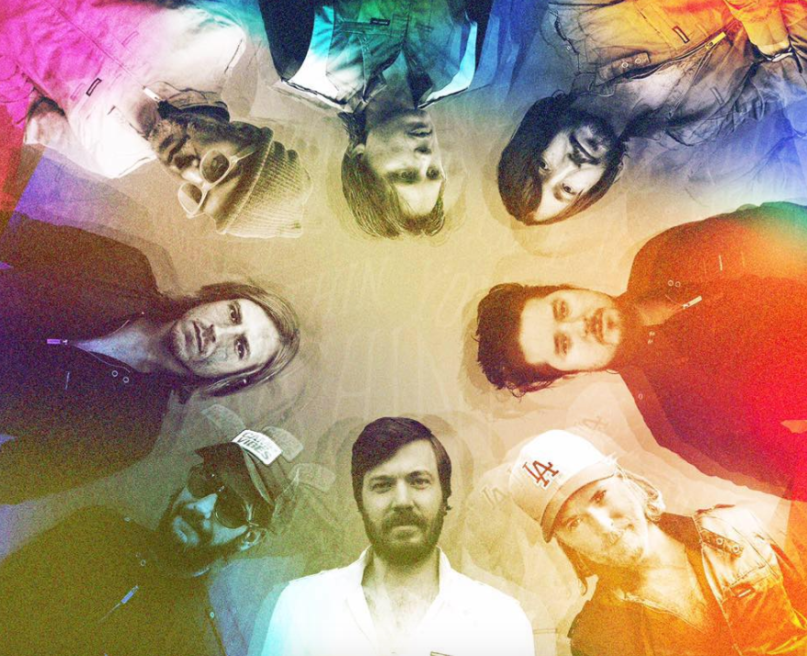 BNQT is the indie supergroup formed by Midlake members Eric Pulido, McKenzie Smith, Joey McClellan and Jesse Chandler. They brought in Band of Horses’ Ben Bridwell, Alex Kapranos of Franz Ferdinand, Travis’ Fran Healy, and Jason Lytle of Grandaddy to each contribute two songs to Volume 1, the band’s collaborative full-length debut. Pulido himself took lead on the first single, “Restart”, and now the group has shared one of Bridwell’s songs, “Unlikely Force”.

Like the previous track, “Unlikely Force” manages to feel like a perfect union of all the parties involved while still sounding perfectly unique. It’s filled with breezy grooves and warm horns over which Bridwell sings in a lower register than normal. According to Pulido, the song helped inform the direction of the entire album. “‘Unlikely Force’ was the first of all the album tunes that we worked on and a guinea pig of sorts,” he said in a statement. “We wanted a lush ’70s feel good vibe and Ben’s song was a perfect foundation to build upon. It ultimately set the precedent for what was to come!”

Volume 1 is due out April 28th via Dualtone/Entertainment One (Bella Union in the UK).