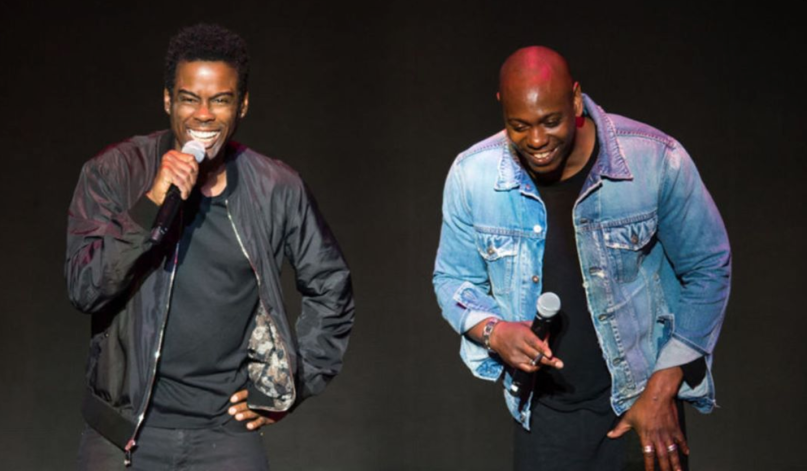 Chris Rock’s Saturday night show in New Orleans was already big deal in itself, as it was part of the comedian’s first standup comedy tour in nine years. Making the night all the more massive, however, was the surprise appearance of Dave Chappelle.

According to the Times-Picayune, Chappelle first performed an unannounced opening set. After about 30 minutes, Rock joined him onstage and the pair proceed to riff off one another for a good 60 minutes.

As the Times-Picayune reports:

“Although the tour’s press restrictions prevent us from actually explaining much of what the rest of the night was like or anything Rock said, it’s safe to say Trump’s name wasn’t off limits. Or that of adult film star Alexis Texas. Or Rock’s divorce. Or the heat Chappelle caught for certain jokes from his Netflix specials.

The pair of comedians spent much of the night just riffing off each other and laughing at each other’s wisecracks, one of which left Rock spitting a sip of water across the stage as he momentarily lost control in laughter. Still, Chappelle gave his real host enough space for segments of his regular stand-up act to slip in to the show.

Close to the end of the night, Chappelle looked at his friend onstage and back out toward the audience before confessing, ‘This might be one of the flyest things I’ve ever been a part of.'”

Following the show, Rock posted photos of the pair together onstage along with the caption, “Watch the Throne Part 2.” He added on Twitter, “Ball so hard. Best show ever.”