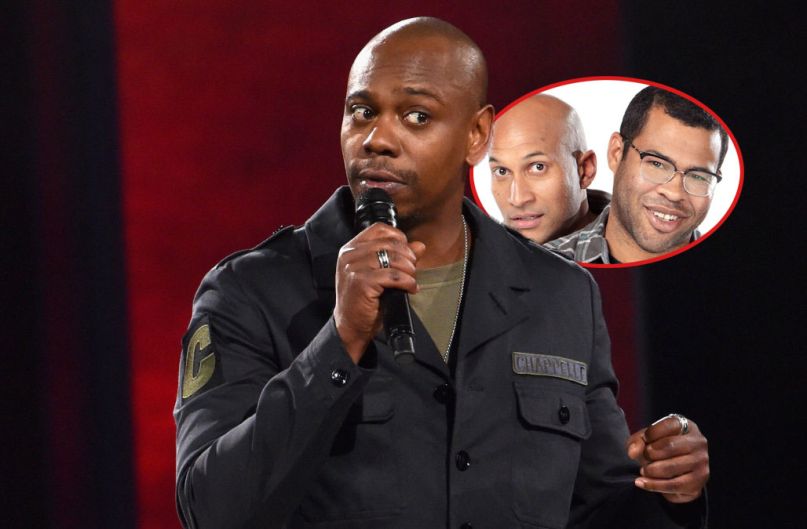 Chappelle’s Show did a lot to change the way TV comedy sketch shows are done, but Dave Chappelle himself doesn’t believe he gets enough credit for it. In fact, he thinks Keegan-Michael Key and Jordan Peele owe some of their own success to him.

Chappelle first sparked a mini-feud with the Key & Peele creators at last year’s Roots Picnic. “Put some respect on my name, y’all don’t know what I’ve been through,” he told the festival crowd, “… Watching Key and Peele do my show the last five fucking years.”

He recently addressed those comments in a CBS interview promoting his just-released Netflix comedy specials. The comedian clarified that he is “a fan of this show,” but maintains that it wouldn’t have been possible without the precedent he set. According to him, Key & Peele make use of certain “conventions” that Chappelle’s Show established.

It’s not so much that Key & Peele simply utilized those conventions as that Chappelle didn’t get credit for them. “So when I watch Key & Peele and I see they’re doing a format that I created, and at the end of the show, it says, ‘Created by Key & Peele,’ that hurts my feelings.”

Still, with Chappelle’s three-special deal with Netflix, Peele’s wild success with Get Out, and Key’s increasingly prominent film career, we don’t think these three really have anything to fight about.