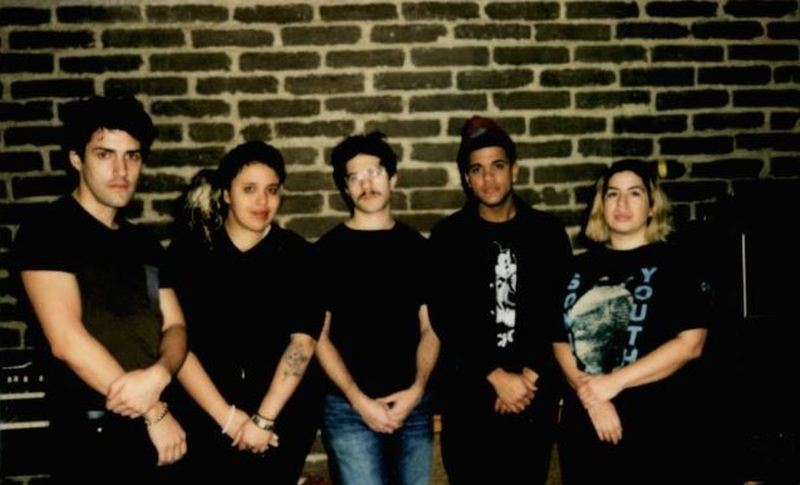 Downtown Boys have kept a relatively low profile on the music front since releasing their breakthrough album Full Communism back in 2015. That all changed last month, however, when the Providence, Rhode Island-based group signed with the legendary Sub Pop Records and announced they had begun work on their label debut.

Offering a taste of what’s to come, the punk rockers have shared a new single today called “Somos Chulas (No Somo Pendejas)”. Sung entirely in Spanish, the raucous track thrashes full speed ahead, and according to the band, encourages listeners to rail against white supremacy.

(Read: Beyond Downtown Boys: How Spark Mag Is Changing the Conversation About Political Music)

“The chorus — ‘Somos chulas, no somos pendejas!’ or, in English, ‘I’m elegant/intelligent, I’m not dumb!’ — is a declaration of one’s ability to decolonize one’s mind, and the importance of fearlessly unlearning the ways white supremacy conditions people to think and exist,” Downtown Boys explained in a post on Facebook. “‘Somos Chulas’ was recorded during our recent sessions with Guy Picciotto and Greg Norman at Electrical Audio in Chicago.”

Sounds like Downtown Boys are coming back right on time. Stream the song down below.

They’re currently touring the US through the end of April. Find out if they’re hitting a town near you below.