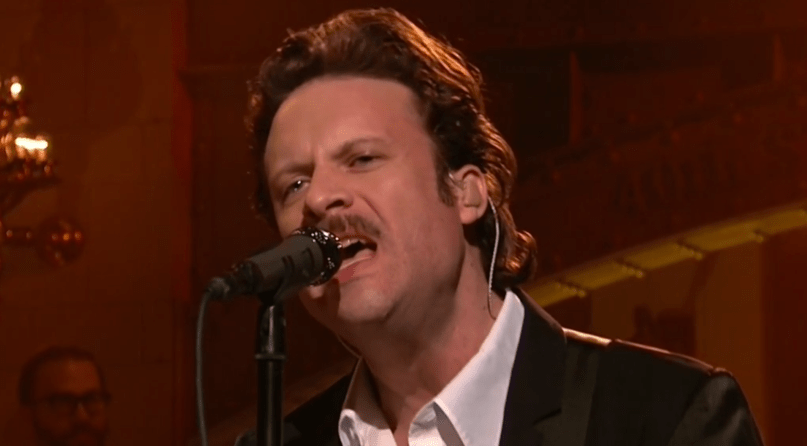 Father John Misty made the most of his inaugural appearance on Saturday Night Live. Supporting his forthcoming LP, Pure Comedy, Kenny Power’s real-life doppelgänger debuted a new song called “Total Entertainment Forever” in which he fantasizes about VR sex with Taylor Swift. “Bedding Taylor Swift every night inside the Oculus Rift/After mister and the missus finish dinner and the dishes,” so goes the song’s opening lyric. Replay the performance and listen to the studio version of the song below.

Update: In an interview with Exclaim, FJM discussed the meaning of the lyric. “The fact of the matter is, I don’t want that to happen to Taylor Swift. That is the worst thing I can think of; that is so horrible. But again, this plays into progress, where like, the internet was supposed to be this new democracy, a utopia of information where everyone had a voice and we were all interconnected, and we would experience true democracy — and it turned into pornography, followed only by outrage. The tools represent some kind of technological advancement, but if we can’t act like more than angry ecstasy freaks with the most advanced technology in the world, then how much have we really progressed?”