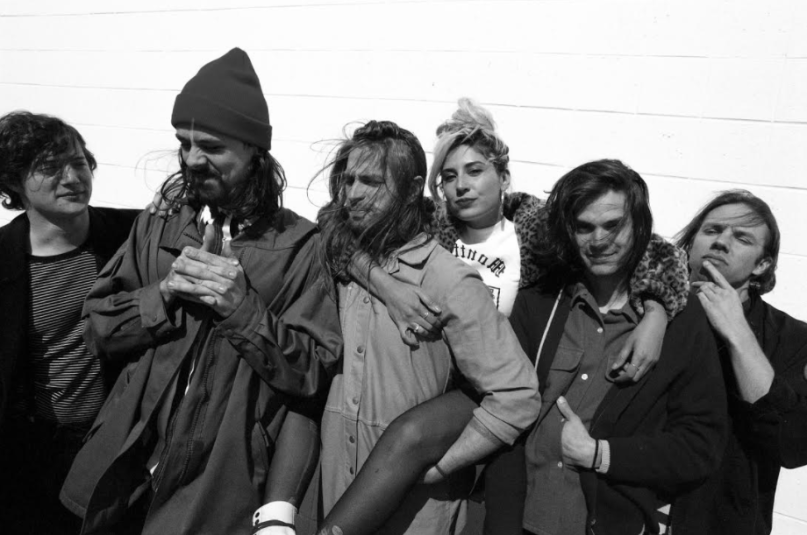 The United States is currently at war with its own identity as a country. Many are feeling a stronger and more disturbing “Us and Them” mentality than at any point in recent memory. Instead of running from the diversity that has always defined this nation, however, Jessica Hernandez & The Deltas are embracing their duality on their new double album, Telephone/Telefono.

The sophomore follow-up to the band’s 2014 Secret Evil, Telephone/Telefono finds frontwoman Jessica Hernandez connecting with the fact that she’s a first-generation American born to a Cuban father and a Mexican mother. Recorded in Detroit and Mexico City, the double-LP is the same album done twice — once in English, and once in Spanish with slightly altered compositions and lyrics. “I wanted to feel like I can be more than one thing,” Hernandez told Consequence of Sound of her decision to record a bilingual album. “I can be American and proud but I can also be proud of my heritage and want aspects of that to be a huge part of my life creatively.”

In a full statement, Hernandez said,

“Telephone and Telefono are a culmination of all the things I’ve wanted to do creatively, all the relationships I’ve built through music and art and the growing relationship between The Deltas and myself. It’s the first time I’ve involved the guys in the writing process, the first time I’ve co-produced an album and the first time I’ve ever recorded in Spanish. The whole process felt like all of the work, relationships and experiences I’ve had over the past several years came together to create a body of work that I finally feel represents what I’ve been trying to do since I started creating music. I co-produced this album with my good friend Eric Hoegemeyer who I started working with when I was 19 years old and just starting to write and record demos. Over the year and a half of writing and recording the record,  I lost loved ones, got married and had a lot of crazy good and bad shit happen. All of that made me realize how much I just want to do what feels right, natural, real and exciting. Not what people expect or want from me and the guys. Life is boring and sad when you’re chasing after people’s expectations of you. At the end of the day we just want to be happy and hope that we can make other people happy too.”

As a first listen to how she found happiness in her heritage, Jessica Hernandez & The Deltas have shared the lead singles from the album. “Run Too Far” and “Escapar” are perfect examples of how this cross-cultural record seeks to find commonality in its own differences. The tracks are gold-flecked grooves of soul pop, jittery and shining with the same accessible vibes despite the varied language. Take a listen to both tracks below.

Telephone/Telefono is/are due out early this summer from Dead Owl Music/Instant Records. Jessica Hernandez & The Deltas will support the release on the following tour dates:

* = WRFF Birthday Show with The Killers, Foster the People, Bleachers, Kale, Andrew McMahon in the Wilderness, and Marian Hill