Josh Homme is being sued for allegedly berating an autograph hound 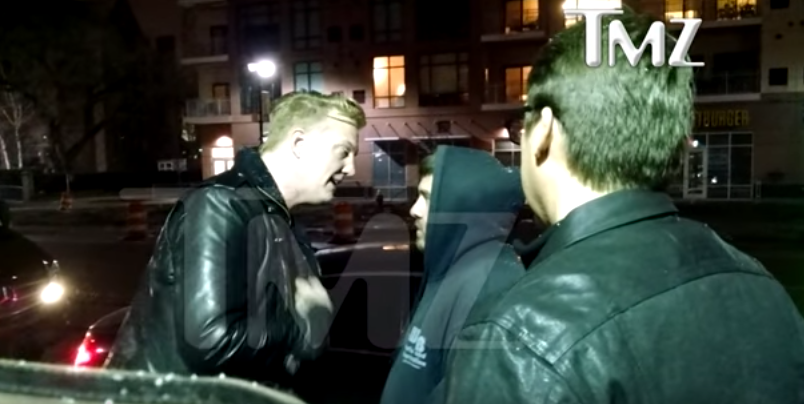 A lawsuit has been filed against Queens of the Stone Age frontman Josh Homme accusing him of verbally and physically assaulting an autograph collector. Michigan teacher Jason Leckrone claims Homme “grabbed” and “threatened” him outside an Iggy Pop show in Detroit last year.

Homme was performing with Pop as part of the Post Pop Depression tour at the time. According to the suit, autograph hobbyist Leckrone was waiting outside the venue to get Pop’s signature, but was held back by security. When Homme came by not long after, the complaint claims he “confronted autograph seekers and said something to the effect of – ‘I am not signing autographs for you blood sucking ebayers [sic], I am tired of you making money off me but I will take photos with you.'”

After Leckrone “pointed out that defendant Homme benefitted from these types of people who attended the concert,” Homme started berating him. The complaint alleges Homme finished taking fan photos and then got “right in [Leckrone’s] face screaming profanities.” The singer apparently returned later to continue the confrontation, pointing his finger “inches from plaintiff’s face” and grabbing him “around the shoulder area.”

Video of the incident was posted on TMZ. It shows Homme calling Leckrone “an entitled, spoiled motherfucker” and a “fucking loser.” At one point, Homme ironically puts his arm around Leckrone’s shoulders. According to TMZ’s sources, the incident escalated when Leckrone took a shot at Homme by saying he was “making money off us buying your $90 tickets and $30 shirts.”

However, the gossip site is also part of the lawsuit, as Leckrone claims it exploited him for profit and defamed him by stating he “got into a nasty name-calling exchange” with Homme. Other defendants named in the complaint include EHM Productions Inc., Warner Bros. Entertainment Inc., the Richard and Jane Manoogian Foundation, and the Museum of Contemporary Art Detroit (where Pop went following the concert to check out a photo exhibit on himself).

In total, Leckrone is seeking up to $25,000 in damages for “assault, defamation, false light, appropriation, and intentional infliction of emotional distress,” according to Courthouse News Service. Watch TMZ’s footage of the confrontation below.