The footage reveals the film's central conceit, which is an unexpected one 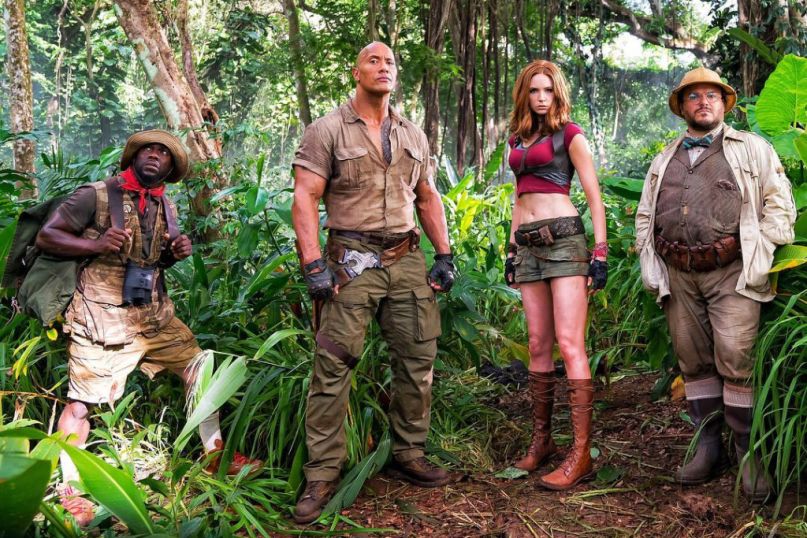 Dwayne Johnson, Kevin Hart, and Jack Black star in director Jake Kasdan’s remake of 1995’s Jumanji, and The Rock himself has long been promising a surprising conceit to the film that differentiates it from the original. It was revealed last night at Sony’s CinemaCon, when cast members were on hand to give the public its first taste of footage.

Here’s a breakdown of the footage courtesy of The Hollywood Reporter:

“The footage begins with four high schoolers in detention. Their teacher orders them to clean out the basement of the school, and they find an old video game console, which features the game Jumanji. You pick a character, and as the teens learn you are that person in the game … which transports you to a jungle.

“One rather nerdy boy is surprised (and rather pleased) to see he’s got the muscles of The Rock. The popular girl in school is horrified to learn she’s got the body of Jack Black.”

So there you go. Black and Johnson will be embodying what’s essentially the polar opposites of their general type—a teenage girl and a nerd, respectively (to be fair, though Johnson played a “nerd” of sorts in last year’s surprisingly funny Central Intelligence). One can only assume the same happens to co-stars Kevin Hart and Karen Gillan, though it’s unclear what form their characters will take.

Doubling down on past comments regarding the production’s reverence for Robin Williams, who starred in the original film, Johnson took time to discuss meeting the late comedy legend. He also said the remake would be a “big” and “global” homage to its predecessor.