Junkie XL and Gary Clark Jr. cover The Beatles’ “Come Together” for the Justice League trailer 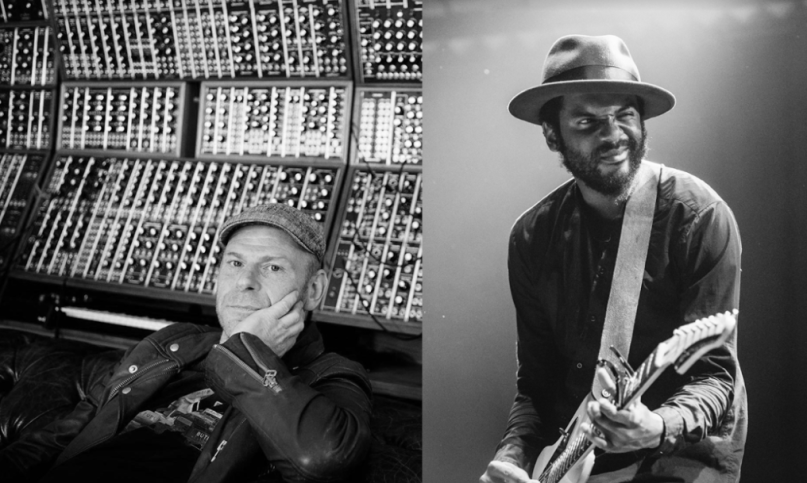 When the new Justice League trailer dropped over the weekend, it came with a soundtrack by The White Stripes and a hitherto unknown cover of The Beatles’ classic “Come Together”. Like Zack Synder’s directorial aesthetic, the remake amped the original track with a gush of adrenaline and a metallic sheen, essentially operating under the “more is more” principle. It’s now been revealed that the talent behind that overblown rendition is none other than Justice League composer Junkie XL (aka Tom Holkenborg) and modern guitar hero Gary Clark Jr.

Before making a name for himself as an electronic producer and film composer, Holkenborg got his start in the industrial rock band Nerve. You can hear that crunchy influence on this bombastic take on “Come Together”, intensified by Clark Jr.’s always impressive guitar shredding.

Despite the undeniable talent involved in the song, it’s a bit of a clunky, blockbuster cover. It seems to only really be there because Warner Bros./DC Films are really stressing the whole “unite” aspect of bringing Batman, Flash, Wonder Woman, et al together for what looks to be another grimly filtered destruction fest. Sure, it fits the vibe of the movie, but it just serves to emphasize that Snyder and/or DC Films apparently haven’t figured out how to reel themselves in yet.

Check out Holkenborg and Clark Jr.’s version of “Come Together” in the trailer below. Justice League opens November 17th.