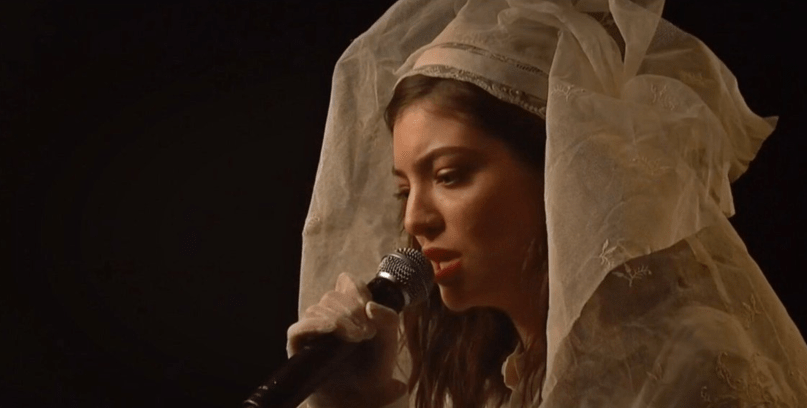 Lorde served as the musical guest on tonight’s episode of Saturday Night Live, marking her first live performance in over two years. The New Zealand pop auteur showcased her forthcoming album, Melodrama, with a dazzling rendition of the lead single, “Green Light”. Lorde danced her heart out throughout the energetic performance, even resurrecting her patented claw.

She later returned to the stage to debut her latest track, “Liability”. Clad in a white wedding dress and bathed in the glow of a spotlight, Lorde sang the emotional ballad as the album’s producer, Jack Antonoff, played along on piano.

Replay both performances below.

Lorde also briefly appeared in a sketch poking fun at male feminists, which you can see below.

Melodrama, the follow-up to 2013’s smash Pure Heroine, arrives June 16th. In support, she’ll spend the summer on the festival circuit with appearances at Coachella, Bonnaroo, Governors Ball, and Osheaga.