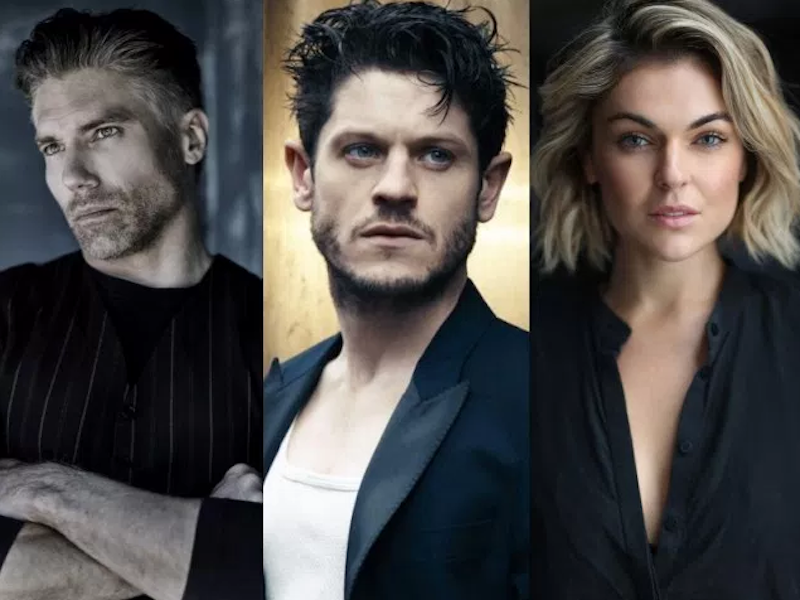 Back in the fall, Marvel announced that it would be bringing The Inhumans to television in lieu of the previously planned movie. Now, the studio has revealed the first three cast members to join the show’s super-powered Royal Family.

Most notably is Iwan Rheon, known for his vile Ramsay Bolton on Game of Thrones. Bolton’s vicious insanity will serve as great preparation for Rheon’s role as Maximus, an Inhuman with superhuman intellect and mental abilities whose antagonistic plots earned him the nickname Maximus the Mad.

Maximus is the brother of the Royal Family’s King, Black Bolt, to be played by Hell on Wheels star Anson Mount. It’s a challenging role, as the force of the character’s voice is so powerful that a single whisper can level a city, meaning he remains almost entirely silent. “Anson loves the challenge of playing a character who will only communicate silently,” said Marvel Television Jeph Loeb. “His enthusiasm mixed with his imposing almost regal persona made it easy to see why he is our Black Bolt.”

Playing Black Bolt’s wife, Medusa, will be Serinda Swan. Swan is known for her roles in her roles in TRON: Legacy and TV’s Graceland. As Queen Medusa, she’ll be Black Bolt’s voice and control her iron-strong hair like most people control their extremities. “Serinda Swan brings a regal elegance, as well as a sense of great inner strength and fierce determination, to the role of Medusa,” said showrunner Scott Buck. I couldn’t be happier to have her as our Queen of Attilan.”

Update: The complete main cast for The Inhumans has now been revealed. Ken Leung (Lost and, incidentally, X-Men: The Last Stand) will play Karnak, Black Bolt’s closest adviser who can see the fault in everything from a person’s personality to a physical structure. Eme Ikwuakor (Concussion) is Gorgon, a military leader whose hoofed feet can cause seismic waves. Isabelle Cornish (the forthcoming Australia Day) has been cast as Crystal; the youngest member of the royal family and Medusa’s sister, she has the ability to control the elements.

Empire star Mike Moh is Triton, a fish-like Inhuman known for his calm persona. Sonya Balmores (Soul Surfer) will play Auran, head of Attilan’s Royal Guards whose parabolic hearing allows her to focus in on one word and know where it’s spoken anywhere in the world. Finally, Ellen Woglom (Californication) will play a yet-unnamed character who works at a private aerospace company. The series will also feature Lockjaw, Crystal’s 2,000-pound, teleporting dog.

The Inhumans tells the story of an enigmatic race of humans whose latent alien DNA gives them superpowers when exposed to the holy Terrigen Mists. Their diverse powers make them similar to the mutants of the X-Men, though the Inhumans’ abilities are generally far more peculiar. The Inhumans’ story has already begun on ABC’s Agents of S.H.I.E.L.D., though none of the Royal Family members have appeared.

ABC will also play home to The Inhumans. Shot entirely on IMAX cameras, the show will debut the first two episodes exclusively in IMAX theaters this September before moving to television in the fall.