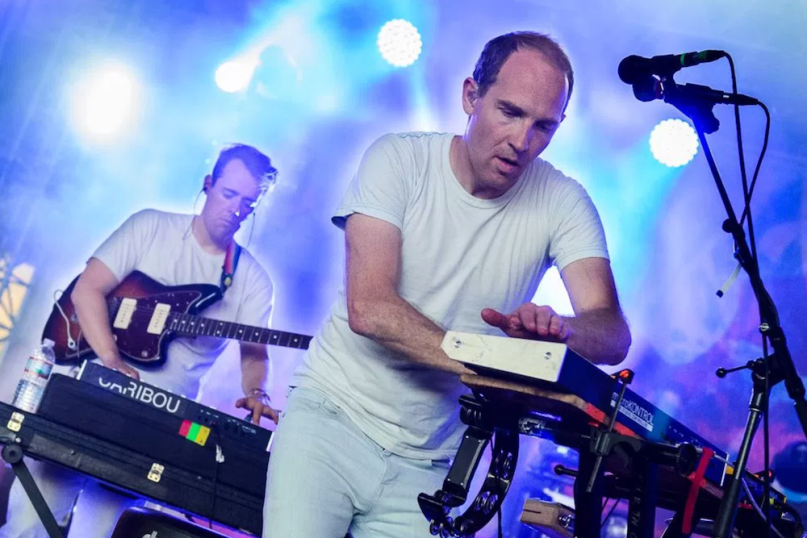 McCarty’s original release was a visual-based project performed by his own group BIOME using 5 EMS Synthi synthesizers. In an effort to sort of replicate that process, Snaith & co. each recorded using different synthesizers while slides from McCarty’s piece were projected up on a wall. Everything came together at Goddard’s studio in London in July 2016.

The collective completed two versions of Tactus Tempus, each one recorded live to tape in 15-minute takes. Side A features a “tonal” version, and Side B has been dubbed a “noises + impulses” edition. The release is expected to drop March 17th via Geej Recordings and everywhere else on March 24th.

Below, check out the artwork.