Passion Pit offer free copy of their new album, Tremendous Sea of Love, in exchange for tweets about science

Neuroscientist Michael F. Wells has taken over the band's Twitter to answer questions about mental health 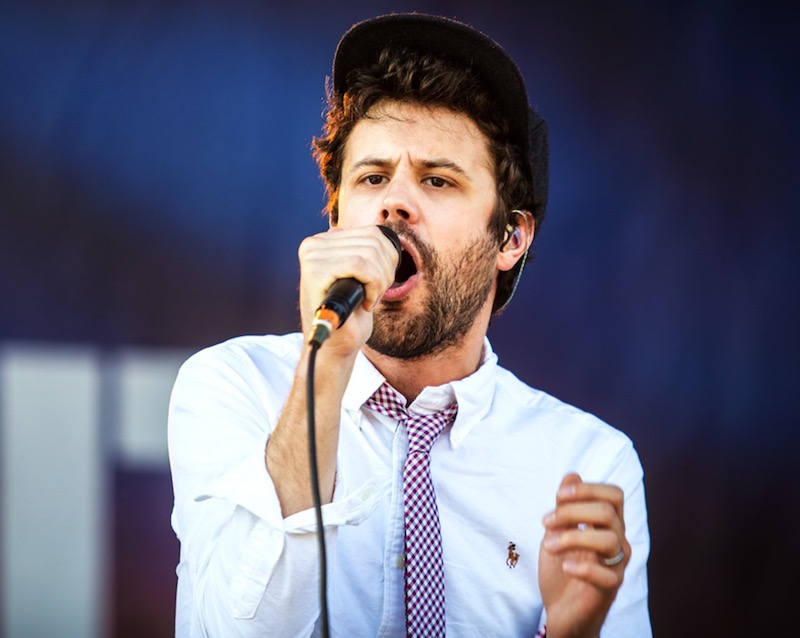 In February, Passion Pit frontman Michael Angelakos launched The Wishart Group, an artist advocacy company dedicated to providing musicians with a variety of services otherwise not offered by record labels. A major component of the company is a mental health program, a cause close to Angelakos, who’s been open about his struggles with bipolar disorder and depression.

To support the initiative, Angelakos released a string of new Passion Pit songs via social media. Totaling nine tracks in all, they are part of a full-length album/compilation entitled, Tremendous Sea of Love. Now, Angelakos is offering fans a free download of the album in exchange for tweets about science.

This week, Broad Institute neuroscientist Michael F. Wells took over the band’s Twitter handle as he visited Capitol Hill to raise federal funding for science and research. Wells, who uses stem cells to study psychiatric disease, answered questions about mental health, while hopefully reducing the stigma around seeking treatment. Fans are encouraged to retweet his answers with the incentive of being sent a free digital copy of Tremendous Sea of Love. Individual streams of the tracks have been taken down from YouTube, so currently this is your only way to hear the band’s new music.

As someone who has struggled with mental health issues myself, it’s encouraging to see Angelakos continue to use his visibility to aid researchers who can make the biggest difference in combating mental illnesses both through research and spreading accurate information.

#weneedscience ask questions all day! Michael Wells, a neuroscientist, is on the hill AND on @passionpit. support him and his colleagues! https://t.co/DkFIZf9QWe

follow @mfwells5 because he is part of 40 scientists on the hill that are trying to raise money, because they're trying to save lives.

and if you retweet this, and spread it, reply to this tweet with your email and i'll send you a digital copy of Tremendous Sea of Love https://t.co/BAE7u51adT