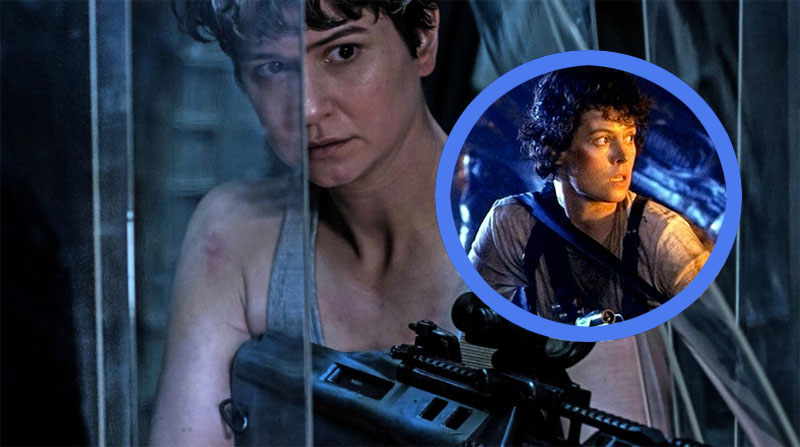 Despite how much of the story the recent Alien: Covenant trailer gave away, the film does still hold a few mysteries. One of the most persisting pieces of speculation has been that Katherine Waterston’s character, Daniels, is somehow related to Sigourney Weaver’s iconic Ripley from the original Alien movies. Well, ponder no longer, as director Ridley Scott has now put that theory to bed.

Speaking during a roundtable discussion about the upcoming sci-fi film at South by Southwest, Scott was asked directly about Daniels’ lineage. As MovieWeb notes, the director gave a pretty firm answer: “No. That was probably way back when. ‘Should she be the daughter of Ripley?’ I said ‘no.’ She’s herself.”

So while it looks like there was some discussion about linking Daniels to Ripley, they don’t share a bloodline in the final product. However, overly speculative fans might find a hole in Scott’s answer; he specifically says he considered making Daniels Ripley’s daughter, which is a fascinating choice of words considering that, as far as we know, Alien: Covenant takes place many years before Alien, the first movie to star Weaver’s character. If that timeline is correct, it would actually make more sense if Daniels was Ripley’s mother — and that’s not what Scott said.

Still, he seems resolute in his decision that Waterston’s character is “herself,” so I wouldn’t get to in your head about it. Besides, all questions will be put to rest when Alien: Covenant enters theaters on May 19th.

“The crew of the colony ship Covenant, bound for a remote planet on the far side of the galaxy, discovers what they think is an uncharted paradise, but is actually a dark, dangerous world. When they uncover a threat beyond their imagination, they must attempt a harrowing escape.”