Ridley Scott has an idea for a Gladiator sequel, and would like Russell Crowe to be involved

Maximus may live to see another day 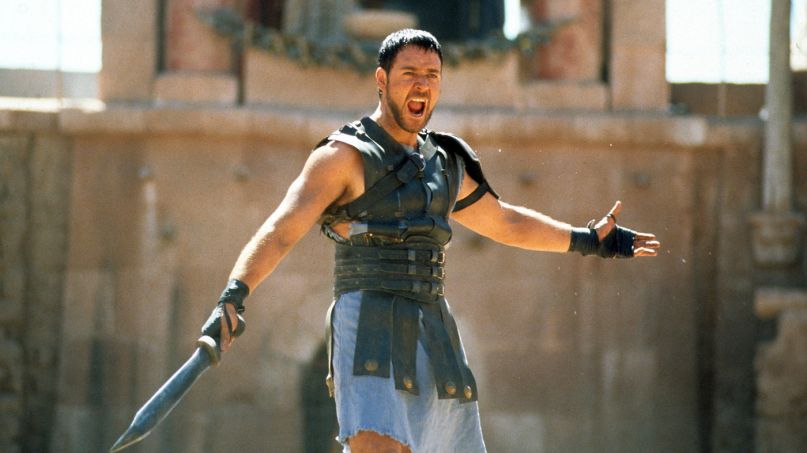 For some time now, rumors have persisted of a possible Gladiator sequel, despite the small issue of neither of its main characters making it out of the first film alive. And, y’know, all those Alien sequels that director Ridley Scott apparently has in mind for the years to come.

But Scott, who hardly seems interested in taking a breather anytime in the near future, apparently has an idea for another Gladiator, with Russell Crowe involved once again as Maximus. EW reported that while at South By Southwest over the weekend, Scott (who was in Austin for a special screening of the original Alien this past weekend) commented on the prospects of a sequel, saying that “I know how to bring him [Maximus] back. I was having this talk with the studio — ‘but he’s dead.’ But there is a way of bringing him back. Whether it will happen I don’t know. Gladiator was 2000, so Russell’s changed a little bit. He’s doing something right now but I’m trying to get him back down here.”

Indeed, it’s harder to imagine the version of Crowe who’s starred in The Nice Guys and Les Miserables returning to the series, to say nothing of how dicey a proposition it can be for an actor to return to an acclaimed (let alone Oscar-winning) performance. But there are certainly a lot of people who would be interested in revisiting modern film’s most popular vision of ancient Rome, willing that Scott would be able to reconnect with Maximus Decimus Meridius, commander of the armies of the north, general of the Felix Legions and loyal servant to the true emperor, Marcus Aurelius.

It’s not clear at this time exactly how Scott would bring the character back, but the article also mentions how “Crowe reportedly commissioned rocker Nick Cave in 2009 to write a Gladiator sequel script which had Maximus traversing through the afterlife,” which sounds ridiculous enough to be well worth watching, if in a very different way from the original. If you’re going to make an unnecessary sequel, “ghost gladiators” sounds like as good an idea as any.

In the meantime, Scott will return to theaters with Alien: Covenant on May 19th.