Shane Black shares another cast photo for The Predator 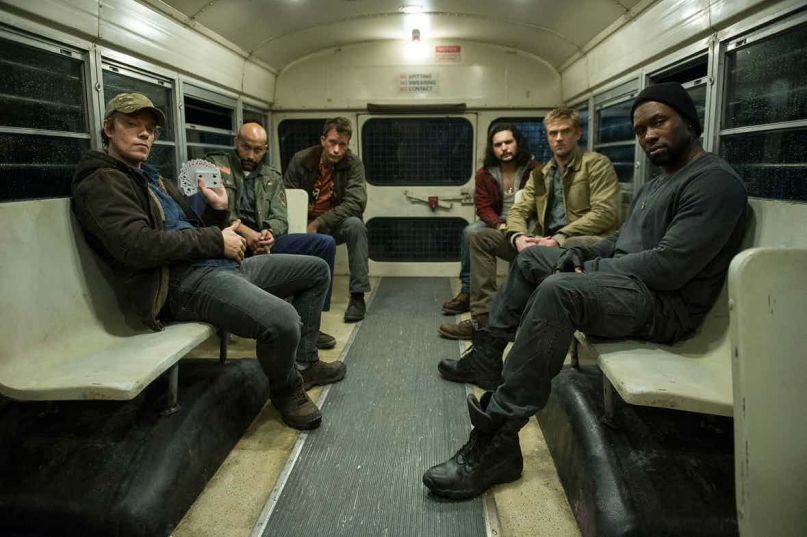 Son of a bitch does Shane Black’s The Predator look awesome.

A few weeks ago, the veteran screenwriter-turned-filmmaker shared an early cast photo, which featured Boyd Holbrook, Olivia Munn, Sterling K. Brown, and Room’s Jacob Tremblay, Moonlight’s Trevante Rhodes, and Keegan-Michael Key. Now, he’s gone ahead and posted another cast photo, and this time we have our first look at the late cast additions of Thomas Jane and Alfie Allen:

Stone killers with serious acting chops — but which of them will be chopped… by THE PREDATOR? (See what I did there?) pic.twitter.com/H5lOw2K5vy

There’s something vaguely Carpenter-esque about this photo, no? Think 1976’s Assault on Precinct 13, especially given that he dubs them all “stone cold killers with some serious acting chops.” Perhaps they’re a bunch of prisoners who stumble into our titular force on the way to incarceration? Or maybe they’re like a Suicide Squad-esque gang of mercenaries tasked to take out the goddamn thing. Hey, if it bleeds…

The very R-rated reboot hits theaters February 9th, 2018. In the meantime, revisit our recent Dusting ‘Em Off on Lethal Weapon, which more or less traces  the steps to how Black became the go-to screenwriter in Hollywood for the action genre and why he’s also an immortal magician.