Stranger Things soundtrack to be released as vinyl box set 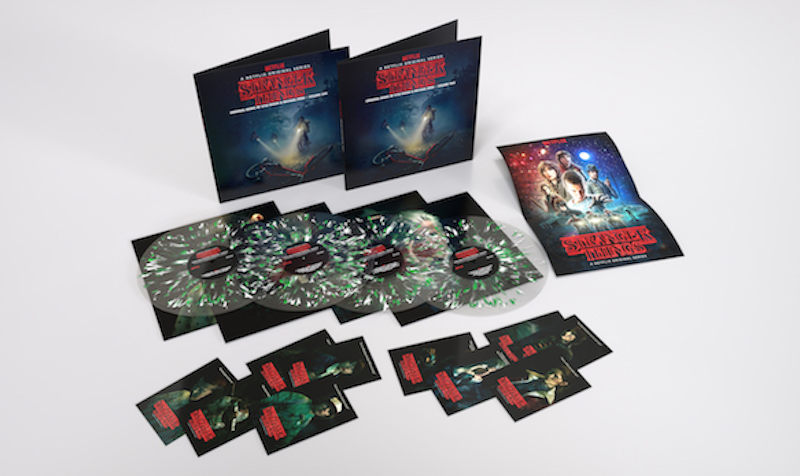 It was recently confirmed that S U R V I V E members Michael Stein and Kyle Dixon would be returning to score season two of Stranger Things. Before we get to hear what sort of “darker and weirder” direction they’ll be taking the synth-heavy score, fans will have another chance to revisit the seasons one soundtrack with some newly announced vinyl reissues.

On July 14th, a deluxe box set featuring both Volume 1 and Volume 2 of the soundtrack will be released via Lakeshore Records in North America and Invada Records internationally. The records will be pressed onto green-and-white splattered clear vinyl, a new color exclusive to this deluxe edition. Included alongside new artwork will be character cards for the show’s main cast, a poster, and fresh liner notes from Dixon, Stein, and Stranger Things creators the Duffer Brothers.

(Read: A Guide to Creating Synth Music, According to Stranger Things’ S U R V I V E)

Lakeshore will also be reissuing each Volume individually on the same day. The new artwork, poster, and character cards will also be included; Volume 1 will feature cards of the five main kids while Volume 2 will contain the teen and adult stars. Each Volume will feature two records pressed onto new psychedelic new colored vinyl. Check the individual designs down below.