SXSW responds to outrage over deportation clause in artist contracts

"You have to really fuck up for us to do this stuff," says managing director Roland Swenson 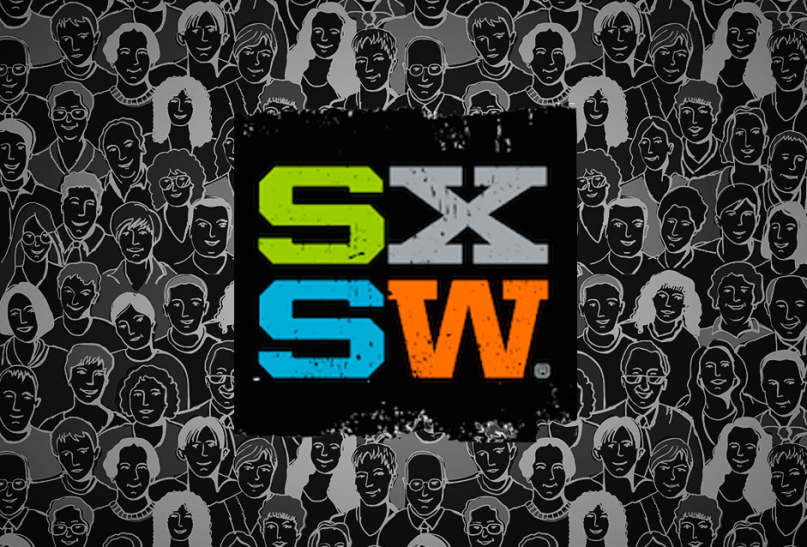 Outrage erupted today over an immigration clause in the contract issued to artists playing South by Southwest. Brooklyn musician Felix Walworth announced via Twitter that they were pulling their band, Told Slant, from SXSW’s programming after closely reading the standard official showcase contract. Essentially, the clause states that any international artist coming under certain non-work visas and performing an official showcase could face deportation if they play at any unofficial show.

“I’m not interested in aligning myself with an institution that interacts with immigration authorities as a means of controlling where art is shared and performed, and who makes money off of it,” Walworth said in a lengthy Twitter statement. “This festival uses an imperialist model and prioritizes centralizing and packaging culture over communities & people’s safety.”

However, SXSW’s managing director Roland Swenson told the Austin Chronicle that the image in Walworth’s original Tweet featured two different sections of the contract cut-and-pasted together in a misleading manner. What’s more, Swenson implied that the festival would only act on the clause in extreme situations. “We’ve had these restrictions in the agreement for about five years and never had to enforce them,” he said. “It’s intended for someone who does something really egregious like disobeying our rules for pyrotechnics, starts a brawl in a club, or kills somebody. You have to really fuck up for us to do this stuff.”

Swenson went on to say that, as per immigration regulations, SXSW is already in contact with officials about international musicians playing the festival. “Most of these bands are here because we sort of sponsored them,” Swenson explained. “So if somebody did something bad enough that we had to enforce this part of the contract, we would probably be obliged to notify immigration that, ‘Hey these guys are trouble,’ but we’ve never had to do that.”

According to Swenson, the language in the contract is basically just a warning of possible legal ramifications and the festival would likely never invoke it simply for someone playing an unofficial showcase. He suggested Walworth’s tweet was a means to get attention or perhaps a misunderstanding of the clause’s purpose. “We’re doing a show with bands from the seven banned countries and we came out publicly against the immigration ban last month,” Swenson noted. “I don’t know why this guy did this – he’s just confusing this very complicated subject.”

SXSW has been vocal in its opposition to President Trump’s Travel Ban and is working hard to build a coalition of attorneys to assist artists with issues at U.S. ports of entry during the event. We have artists from 62 countries from around the world performing and have always supported our international music community. We have never reported international showcasing artists to immigration authorities.

We were sorry to learn that one of our invited performers chose to cancel his performance at this year’s SXSW Music Festival due to a misunderstanding of our policies regarding international artists.

We understand that given the current political climate surrounding immigration, the language that was published seems strong. Violating U.S. immigration law has always carried potentially severe consequences, and we would be remiss not to warn our participating acts of the likely repercussions.

Language governing SXSW’s ability to protect a showcase has been in the artist Performance Agreement for many years. It is, and always was intended to be, a safeguard to provide SXSW with a means to respond to an act that does something truly egregious, such as disobeying our rules about pyrotechnics on stage, starting a brawl in a club, or causing serious safety issues.

If SXSW determines, in its sole discretion, that Artist or its representatives have acted in ways that adversely affect the viability of Artist’s official SXSW showcase, the following actions are available to SXSW:
○ Artist will be removed from their official SXSW showcase and, at SXSW’s sole option, replaced.
○ Any hotels booked via SXSW Housing will be canceled.
○ Artist’s credentials will be canceled.
○ SXSW will notify the appropriate U.S. immigration authorities of the above actions.

We hope never to be put in the position to act on this. Indeed, we spend a great deal of time communicating with international artists concerning numerous issues, including how to avoid issues at U.S. ports of entry.

As such, both to protect SXSW and the interests of all the participating artists, we long ago added this language to our Performance Agreement:

1.4. Foreign Artists entering the country through the Visa Waiver Program (VWP), B visa or any non-work visa may not perform at any public or unofficial shows, DAY OR NIGHT, in Austin from March 10-19, 2017. Accepting and performing at unofficial events (including unofficial events aside from SXSW Music dates during their visit to the United States) may result in immediate deportation, revoked passport and denied entry by US Customs Border Patrol at US ports of entry. For more information, please visit these pages:

Update, March 3rd: SXSW has posted an additional statement on their website. In it, the festival reaffirms that they stand opposed to “President Trump’s travel band and proposed legislation like SB6 in Texas,” and that they’ve never had to report any artists to immigration authorities. The statement also says they will be “reviewing and amending” the clause in question for the 2018 festival and that they believe Told Slant took “our language out of context.” Read the full statement below.

SXSW opposes discrimination of any kind, and has taken a public stand against President Trump’s travel ban and proposed legislation like SB6 in Texas. We have and will continue to support human rights for all. In this political climate, especially as it relates to immigration, we recognize the heightened importance of standing together against injustice.

SXSW has never reported anyone to any immigration authorities, including Customs & Border Protection (CBP), the agency that deals with participating artists entering the United States.

Participation from individuals and organizations who bring a different perspective — especially those who travel from all over the world — to Austin each March is what makes SXSW a special event.

We have been coordinating with international acts coming to SXSW to try and mitigate issues at U.S. ports of entry, and will continue to build a coalition of attorneys to assist any who face problems upon arrival in the States.

The language in our Performance Agreement is intended to facilitate U.S. entry for international artists and to show CBP that SXSW takes visa issues seriously. This language has been part of the contracts since the summer of 2013, and we will be reviewing and amending it for 2018 and beyond.

In regards to the situation surrounding Told Slant, before we had clarity on the situation we believed this artist had taken our language out of context. We apologize for this error.

A major reason for SXSW’s existence is the discovery of new and exciting artists from around the world, and our hope is that we can help these creative people achieve their goals.