Notoriously guarded musician discusses his favorite records and TV show, how to kills time on tour, and missing out on a session with George Harrison and Elvis 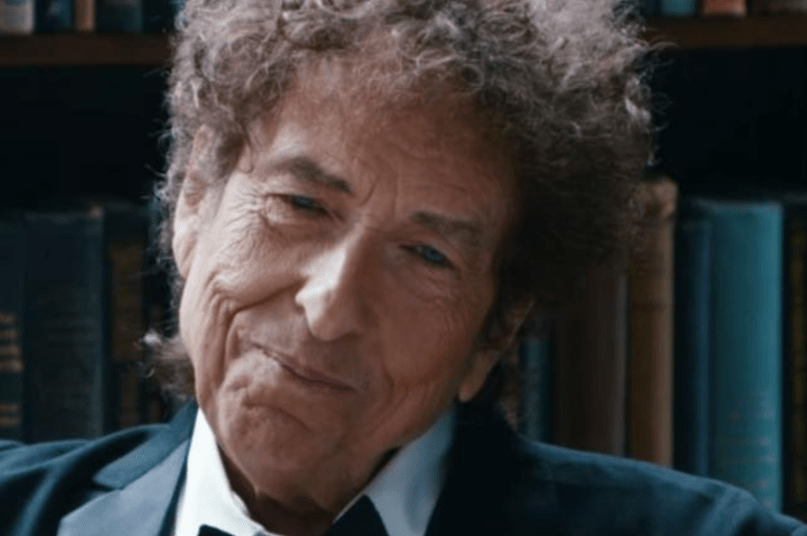 This week, Bob Dylan returns with his new collection of American standards, Triplicate, which also marks his first-ever triple album. To coincide with its release, Dylan sat down with author Bill Flanagan for a rare interview that touches upon Triplicate and a variety of other topics. The notoriously guarded musician opens up above his favorite records and how he consumes music, missing out on a session with George Harrison and Elvis, and how he kills time on the tour bus. We picked out our 13 favorite answers and pasted them below. The full interview spans 8,000 words and can be read on Dylan’s website.

13. What format do you listen to music on? Do you stream music?

“I listen on CDs mostly.”

“Iggy Pop’s Après, that’s a good record. Imelda May, I like her. Valerie June, The Stereophonics. I like Willie Nelson and Norah Jones’ album with Wynton Marsalis, the Ray Charles tribute record. I liked Amy Winehouse’s last record.”

Were you a fan of hers?

“Yeah, absolutely. She was the last real individualist around.”

11. Warren Beatty says he wanted you to play Clyde Barrow in Bonnie and Clyde. Did that offer get to you?

“No, the offer was sent to my manager’s office and we weren’t speaking; we had had a falling out. I didn’t get any mail or offers that were sent there.”

You could have had some love scenes with Faye Dunaway – any regrets?

“I play at sound checks and at home, but the chemistry is better when I’m at the piano. It changes the dynamics of the band if I play the guitar. Maybe it’s just too tedious to go back and forth from one to the other. I’m strictly a rhythm player anyway. I’m not a solo player and when the piano gets locked in with the steel guitar, it’s like big band orchestrated riffs. That doesn’t happen when I’m playing guitar. When I play guitar it’s a different band.”

09. An awful lot of greats have died in the last year, Muhammad Ali, Merle Haggard, Leonard Cohen, Leon Russell. Any of them hit you especially hard?

“Sure, they all did – we were like brothers, we lived on the same street and they all left empty spaces where they used to stand. It’s lonesome without them.”

08. You’ve known so many legendary musicians, actors, writers – was there anyone you look back on and say, “Man, I wish I had appreciated how great he was when he was still around?”

“I can’t say who’s great or who isn’t. If somebody does achieve greatness it’s only for a minute and anyone is capable of that. Greatness is beyond your control – I think you get it by chance, but it’s only for a short time.”

07. Are you concerned about what Bob Dylan fans think about these standards?

“These songs are meant for the man on the street, the common man, the everyday person. Maybe that is a Bob Dylan fan, maybe not, I don’t know.”

06. For The New Basement Tapes, T Bone Burnett put together a group with Elvis Costello, Rhiannon Giddens, Jim James, Marcus Mumford and Taylor Goldsmith, to finish songs based on old lyrics of yours. Did you hear any of those songs and say, “I don’t remember writing that?”

“Did you say Taylor Swift?”

“Yeah, OK. No, I don’t remember writing any of those songs. They were found in an old trunk which came out of what people called the Big Pink house in Woodstock, mostly lyrics left over when we were recording all those Basement Tapes songs. T Bone said he could do something with them, said he could finish them. I didn’t remember anything about them. For years I thought we’d used them all.”

05. “Every time I turn on PBS, they’re running another documentary about folk music in the 60s and all sorts of people from that scene are talking about you like you were best friends. Does that bug you?”

“I don’t know, maybe we were best friends. I don’t remember.”

04. When you see footage of yourself performing 40 or 50 years ago, does it seem like a different person? What do you see?

“I see Nat King Cole, Nature Boy – a very strange enchanted boy, a terribly sophisticated performer, got a cross section of music in him, already postmodern. That’s a different person than who I am now.”

03. Some of your opening acts and co-bills, even very big names, have expressed disappointment that you don’t hang out or socialize on the road. Why is that?

02. I heard you and George Harrison were once supposed to do a recording session with Elvis, but he never showed up. What’s the real story?

“I Love Lucy, all the time, non-stop”