Three decades later, the Irish band's vision of America has become relevant all over again 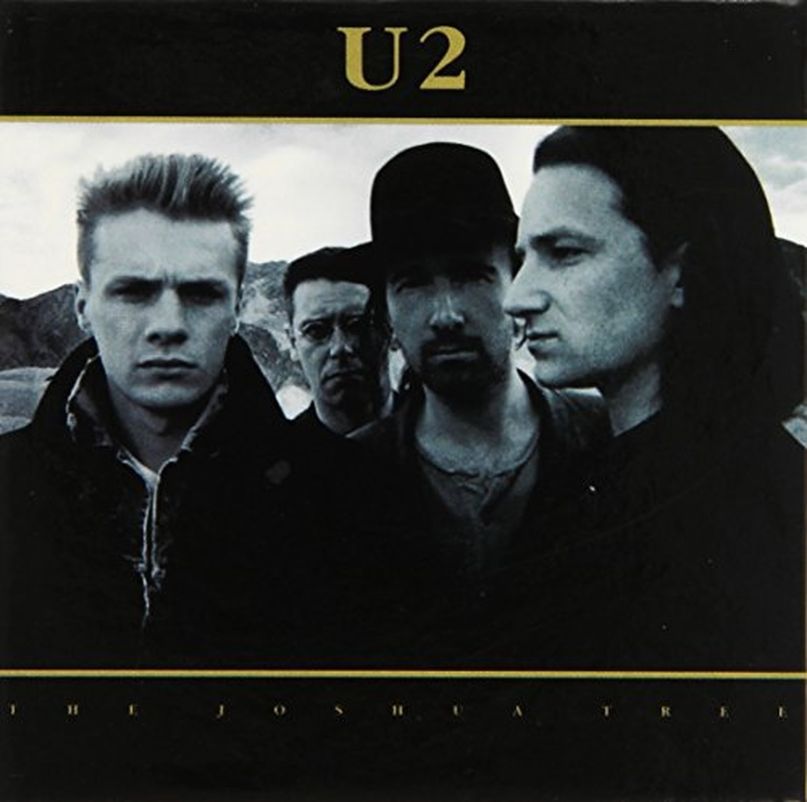 Dusting ‘Em Off is a rotating, free-form feature that revisits a classic album, film, or moment in pop-culture history. This week, Collin Brennan reflects on how America looked through the eyes of a young Irish rock band called U2.

Drive two and a half hours east of downtown Los Angeles, through a series of smog-choked suburban communities collectively known as the Inland Empire, and you’ll find yourself just outside the border of the driest desert in North America. You’ll know you’ve crossed into the Mojave when you catch your first glimpse of a Joshua tree, named as such by Mormon settlers who likened the tree’s prickly branches, pointed skyward at various angles, to the outstretched arms of the Biblical Joshua.

Most folks today would, it seems safe to say, fail to recognize the same spiritual symbolism as those 19th century Mormons. They’d simply see a strange-looking tree and take care not to touch its leaves (small wonder the Spanish called it izote de desierto, or “desert dagger”). That’s the problem with divine symbolism — it’s only easy to spot if you’re really looking for it.

Since their formation in 1976, and especially from 1983’s War onward, the Irish rock band U2 have done exactly that. No pop group before or since has searched so lustily for the divine and found it, so regularly, within themselves. Certainly no pop group before or since has been so preoccupied with its own mythology, a characteristic that has allowed U2 to simultaneously claim the title of most loved and loathed band in the world.

In U2 parlance, a tree is never just a tree, and a song is never just a song. It is, rather, a means of salvation, a self-fulfilling prophecy of its own greatness. It’s a thing as immense as the desert itself, expanding outward until it becomes the desert, or whichever symbol the band wishes to ascribe to it. If there is indeed a God, he played a cruel joke on Bono, The Edge, Adam Clayton, and Larry Mullen Jr. the day he confined them to a small island in the North Atlantic and imbued them with an unquenchable desire for vastness.

That desire expressed itself in various ways throughout U2’s early career. War found them taking up the mantle of pacifism with a sincerity that was itself disarming in the post-punk era. Songs like “Sunday Bloody Sunday” and “Seconds” tackled the political issues of the day head on, tsk tsk-ing at humanitarian crises ranging from The Troubles to nuclear proliferation while offering up a heaping portion of liberal platitudes.

Then came 1984’s Brian Eno- and Daniel Lanois-produced The Unforgettable Fire, which shifted the focus from Bono’s trenchant lyric sheet to a more panoramic view, one which encompassed a range of textures, soundscapes, and musical emotions more commonly found in European than in British or Irish rock music. Having swallowed the sounds of Europe and grabbed the world’s attention, it was only natural for U2 to train their words and guitars on America next.

“The Joshua Tree was the first album where we consciously went, ‘OK, we spent like four albums thinking about Europe, Ireland, but let’s take a look at the roots of the form that we are inevitably a part of,’” offered The Edge in a recent interview with Rolling Stone. “And those were all American.”

The notion of an Irish rock band simply deciding to write the album version of the Great American Novel is more than a little comical, but U2 have always been more about the ideal than the lived experience. Artists like Bob Dylan and Bruce Springsteen had, by the time the mid-’80s rolled around, already painted a new vision of American rock music that was by turns literary and cinematic. U2 didn’t want to recreate that vision so much as run with it, hopefully building up enough momentum to make it their own.

Such a move reeks of opportunism, but then comes the rhetorical question: What is America if not the land of opportunity? U2 certainly weren’t the first Irishmen to turn to the American Promised Land in search of a new beginning, though they did risk committing that greatest of rock ‘n’ roll sins — inauthenticity — by refusing to stick closer to home. What they gained for that risk, as The Edge explains, was a “vast source of ideas and aspirations and inspirations and generations.”

If The Joshua Tree is indeed U2’s greatest album (and there’s an entirely different case to be made for 1991’s Achtung Baby), it’s because it arrived at the moment when the band had finally found a mythology to match their own. They were creatively overwhelmed by a continent that, like its greatest poet, contained multitudes.

The cinematic fade-in of album opener “Where the Streets Have No Name”, with its heavy synths and shuffling, sparkling guitar line, is the sound of a band in awe of its newfound theme. Bono reportedly wrote that song’s lyrics while doing humanitarian work in Africa, but the American Dream really is a place where the streets have no name — where people from all walks of life can rise to their fullest potential and prosper in any number of ways.

To U2’s credit, The Joshua Tree takes care to recognize both sides of that dream, and the sweeping vistas of songs like “Where the Streets Have No Name” and “With or Without You” are contradicted by the harsher realities portrayed in songs like “Bullet the Blue Sky” and “In God’s Country”.

Interestingly, both songs take a cue from those early Mormons in ascribing a spiritual significance to desert fauna. “You plant a demon seed/ You raise a flower of fire,” Bono sings in “Bullet the Blue Sky”, referencing the Promethean bargain of modern warfare but calling to mind the image of a prickly cactus blooming in the desert. Later, he ruminates on “sad eyes” and “crooked crosses in God’s country,” using the misshapen arms of the saguaro cactus as a metaphor to highlight the extent of America’s geopolitical hypocrisy.

Back then, of course, Ronald Reagan and his British facsimile, Margaret Thatcher, were the targets of U2’s majestic brand of ire. Having never actually been American, the group still commiserated with the notion of an American Dream that had been hijacked and turned into its exact opposite — a nightmare of freedom under threat and not likely to survive for long. Thirty years later, that particular threat seems less imminent than it must have back then, but only because it has been replaced with a much greater and even more existential cause for concern: a global right-wing populist movement that has spawned the likes of Brexit and Donald Trump.

This historical happenstance is one of the reasons U2 decided to take The Joshua Tree on tour this summer. “I don’t think any of our work has ever come full circle to that extent,” said The Edge. “It just felt like, ‘Wow, these songs have a new meaning and a new resonance today that they didn’t have three years ago, four years ago.’”

To say that The Joshua Tree has aged well in the last three decades is not quite right. In fact, its aging process has been quite rocky. The album — and the band, for that matter — fell out of vogue amidst the down-to-earth college rock of the ‘90s, and it took the uncertainty of a new millennium for the public to once again warm to their over-the-top brand of sincerity.

There were many moments in the last 30 years when The Joshua Tree sounded hopelessly dated, like a relic from a long-forgotten time when bands were bigger than Jesus and rock ‘n’ roll could actually save your life. The plague of hipster irony that spread across the aughts like wildfire certainly didn’t do U2 any favors, as they are and were a band utterly incapable of taking the piss. Without something to believe in — some grand symbol, some divine purpose — the band’s entire edifice crumbles into dust.

But The Edge is right about one thing: We have come full circle. The economic strife and uncertainty intrinsic to songs like “Red Hill Mining Town” have never seemed more relevant, nor has the anxious, drug-infested beauty of “Running to Stand Still”. The Joshua Tree has not so much aged well as come into its own three decades late, resurfacing like an old friend-turned-stranger-turned-friend-again just when we need it most.

The dawning of a new and frankly terrifying era in American politics has led many of us on both sides of the aisle to abandon the irony and cynicism that kept us afloat during the Obama years. We’re no longer so quick to dismiss America as a failed experiment, a well-intentioned but hopeless ideal that never quite gave us what we bargained for. These days, we’re just as apt to see America as a thing worth saving, worth defending from the onslaught of attacks that have shaken it to its core. The music that might have sounded silly or overwrought in the 1990s and 2000s has once again become, as if overnight, a thing to take solace in.

Every great band or artist will have its share of detractors, and U2 certainly warrant theirs. They are arrogant, self-obsessed, masturbatory, and messianic to the point of annoyance. The Joshua Tree is all of these things, and yet somehow it’s also a staggering work of beauty. It’s a rock album about America made by outsiders, which is to say it’s both inauthentic and perhaps the most American rock album of all, unless we’re to take the position that America is a thing limited by something as trite as physical borders. It is, after all, a contradiction of epic proportions, filled with love and awe and faith in the human condition to get it right against all odds. Nothing could be more American than that, and nothing could be more worth celebrating.