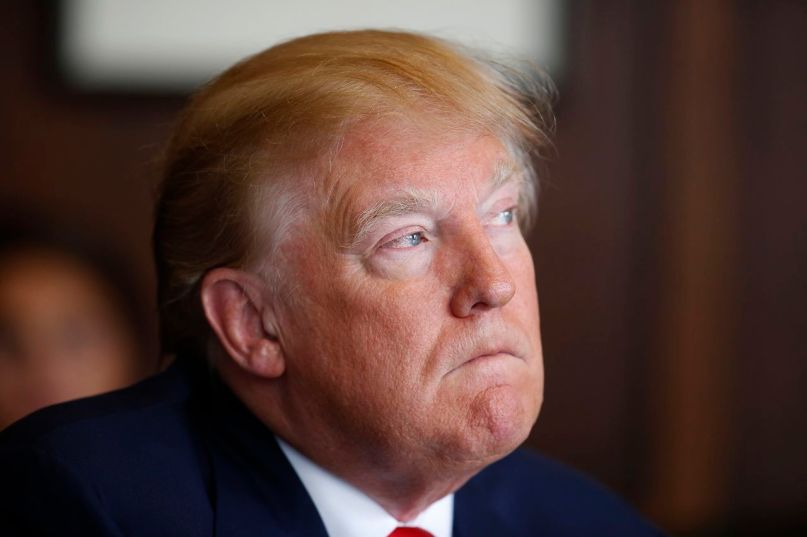 Earlier today, the White House revealed its proposed horror show of a federal budget, stripping billions of dollars from science, the arts, and urban development in favor of an increase in military spending.

At a briefing with reporters today, Office of Budget and Manager Director Mick Mulvaney sought to justify the controversial cuts. Asked specifically about the defunding of public broadcasting and arts programs, Mulvaney replied, “There are completely defensible reasons for doing that.”

He went on, “I put myself in the shoes of that steel worker in Ohio, the coal mining family in West Virginia, the mother of two in Detroit. I have to go ask these folks for money and I have to tell them where I’m going to spend it. Can I really go to those folks, look at them in the eye, and say, ‘I want to take money from you and give it to the Corporation for Public Broadcasting?’ That is a really hard sell and it’s something we don’t think we can defend anymore.”

Aside from the racial undertones of his explanation, Mulvaney failed to mention that a minuscule portion (0.005%) of the $4 trillion federal budget is allocated to the Corporation of Public Broadcasting, the National Endowment for the Arts, and the National Endowment for the Humanities. What’s more, these programs especially benefit many of Trump’s own constitutes. For example, more than 90% of CPB’s funding goes to local public broadcasters, many of which serve rural communities that predominantly voted for Trump in the 2016 presidential election.

In response to today’s budget proposal, the heads of both the CPB and NEA have issued statements.

Patricia Harrison, president and CEO of the Corporation for Public Broadcasting, said:

“There is no viable substitute for federal funding that ensures Americans have universal access to public media’s educational and informational programming and services. The elimination of federal funding to CPB would initially devastate and ultimately destroy public media’s role in early childhood education, public safety, connecting citizens to our history, and promoting civil discussions – all for Americans in both rural and urban communities.

Public media is one of America’s best investments. At approximately $1.35 per citizen per year, it pays huge dividends to every American. From expanding opportunity, beginning with proven children’s educational content to providing essential news and information as well as ensuring public safety and homeland security through emergency alerts, this vital investment strengthens our communities. It is especially critical for those living in small towns and in rural and underserved areas.

Viewers and listeners appreciate that public media is non-commercial and available for free to all Americans. We will work with the new Administration and Congress in raising awareness that elimination of federal funding to CPB begins the collapse of the public media system itself and the end of this essential national service.”

Jane Chu, chairwoman of the National Endowment for the Arts, said:

“Today we learned that the President’s FY 2018 budget blueprint proposes the elimination of the National Endowment for the Arts. We are disappointed because we see our funding actively making a difference with individuals of all ages in thousands of communities, large, small, urban and rural, and in every Congressional District in the nation.

We understand that the President’s budget request is a first step in a very long budget process; as part of that process we are working with the Office of Management and Budget (OMB) to prepare information they have requested. At this time, the NEA continues to operate as usual and will do so until a new budget is enacted by Congress.

We expect this news to be an active topic of discussion among individuals and organizations that advocate for the arts. As a federal government agency, the NEA cannot engage in advocacy, either directly or indirectly. We will, however, continue our practice of educating about the NEA’s vital role in serving our nation’s communities.”

Trump’s budget will be submitted to Congress for approval, and while it’s likely to be heavily marked up, don’t expect Congressional Republicans to save federally funded arts programs or public broadcasting. 20 years ago, then-Speaker of the House Newt Gingrich called the Corporation of Public Broadcasting “an elitist enterprise,” and many members of the party continue to hold that perspective as of today.