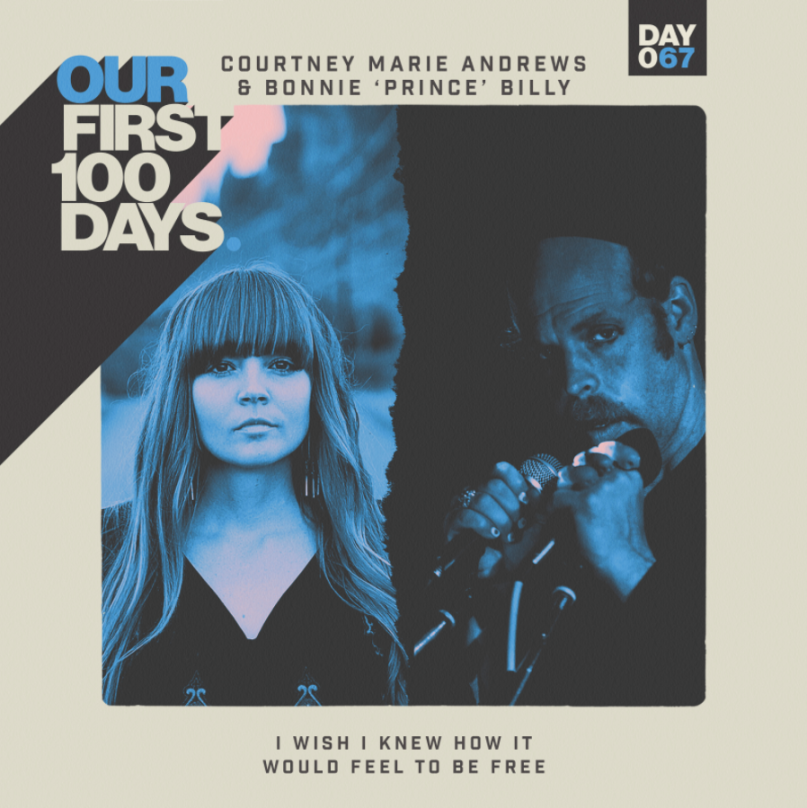 After political happenings Friday handed 45 the second major loss of his two-month-old presidency, it feels like a good time to be part of the #Resistance. Now is not the time to rest, however, as there will be plenty of chances to press the advantage in the near future. That’s why the Our First 100 Days series is continuing on today with a reminder that true freedom must be fought for constantly.

For the latest entry in the benefit compilation, folk singer-songwriter Courtney Marie Andrews has teamed with Bonnie ‘Prince’ Billy (aka Will Oldham) for a cover  of “I Wish I Knew How It Would Feel to Be Free”. The song was made famous when Nina Simone recorded a version in 1967. Hers was a steadily building gospel track that maintained some of the original’s jazz feel; on their take, Andrews and Oldham add in their own indie folk vibe to the mix.

“‘I Wish I Knew How It Would Feel to Be Free’ is an amazing gospel tune that the incomparable Nina Simone covered and it became an important song for the civil rights movement in the ’60s,” Andrews explains. “A lot of these issues are still relevant today and I wanted to sing a song that had a palpable voice for those issues. I’ll never know what it was like to walk the rocky path that Nina did, but her power and unyielding strength was and is something to aspire to.”

For his part, Oldham says they recorded the track to “keep folks’ minds, tongues & fingers in motion.” He related the choice of song to a quote from revolutionary author James Baldwin: “This is not the land of the free. It is only very unwillingly & sporadically the home of the brave.”