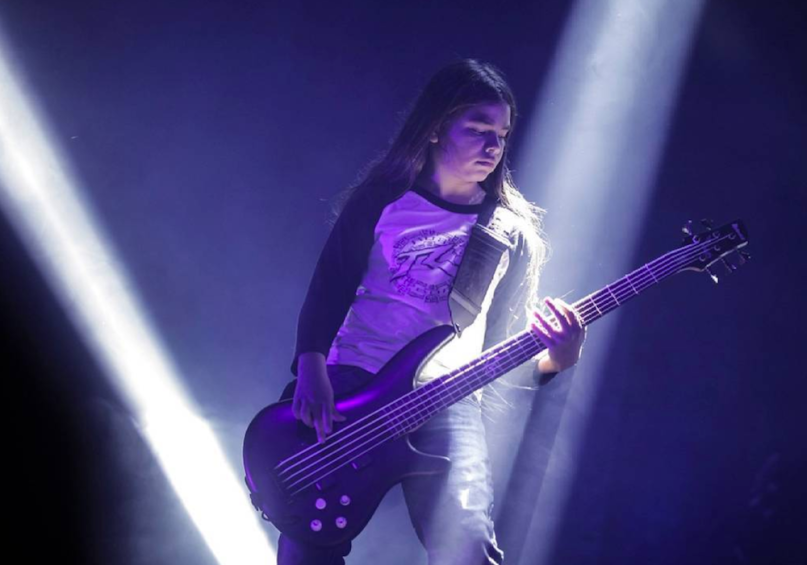 Korn kicked off their South American tour last night in Bogotá, Colombia, and they did so with a very special guest: Tye Trujillo, the 12-year-old son of Metallica bassist Robert Trujillo.

Tye sat in for longtime bassist Reginald “Fieldy” Arvizu, who is unable to join the nu-metal rockers for this leg of their Serenity of Suffering trek due to “unforeseen circumstances.” Tearing through Korn cuts like “Freak on a Leash”, “Somebody Someone”, and “Falling Away From Me”, “Good God”, and “Coming Undone”, Tye proved he’s a ferocious prodigy who’s clearly got his dad’s blood coursing through his veins. He even got a chance to emulate his pops during a performance of “Shoots and Ladders”, which fans report included a bit of Metallica’s “One”.

Check out some fan-caught footage and pics below, followed by the setlist.

Setlist:
Right Now
Here to STay
Rotting in Vain
Somebody Someone
Word Up (Cameo cover)
Insane
Y’all Want A Single
Make Me Bad
Shoots and Ladders (with a bit of Metallica’s “One”)
Drum Solo
Blind
Twist
Good God
Falling Away From Me
Freak on a Leash

Arvizu will rejoin Korn for their US tour starting May 6th. The Serenity of Suffering is Korn’s latest album.