A Metallica tribute band was robbed in Portland, and Metallica replaced their gear 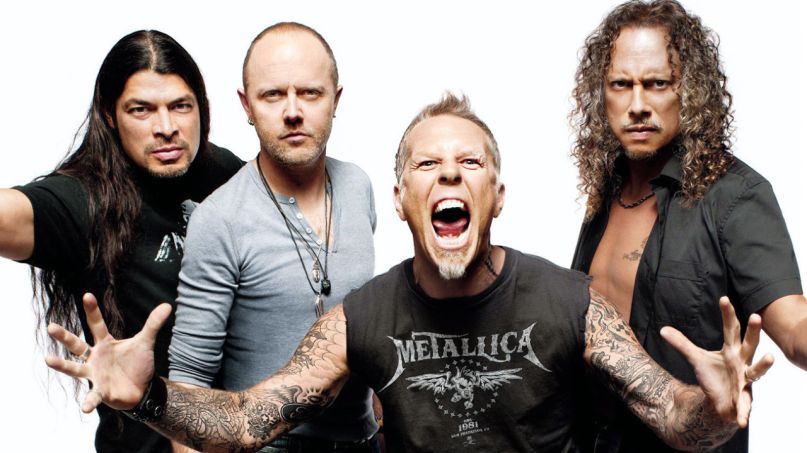 As Metallica get ready to embark on a 2017 stadium tour alongside Avenged Sevenfold, Volbeat, and Gojira, the band took some time to assist another act in serious need, as though reaching out to say they’re “madly in anger with you.”

Last weekend, on Saturday the 23rd, the Metallica tribute band Blistered Earth played a show in Portland. Sometime after their set, their tour van was broken into, and all of their gear was stolen. The band posted a list of everything lost on their Facebook page:

Over the past week, the theft became a modest story around Oregon, and well-wishers began pounding the pavement to try and get Blistered Earth’s gear back. But now, the theft has been swept aside by just about the best imaginable news a robbed touring band could possibly get: a generous benefactor will be replacing all of their lost equipment. Metallica hasn’t yet commented on their act of generosity, but Blistered Earth released the following statement on Friday:

If you can’t see the statement, here it is in full: “Sometimes when bad things happen it really brings out the best in people. Thanx to the the attention you guys helped bring to the matter of our stolen gear & KATU and KOIN in Portland airing the story, James & the rest of the guys in Metallica ( thanx guys) have seen fit to replace our equipment. Thank you guys!! Special thanx to Tony D!!”

So many bands lose their equipment to senseless, selfish theft that it’s heartwarming to see just one be looked after, and here is yet another reminder that for all of the easy Metallica jokes about lawsuits and who is/is not the table, they’ve consistently looked after the scene over the years for such a long-tenured band. You can next see Metallica on their world tour in support of last year’s Hardwired to Self-Destruct, and Blistered Earth in Montana next month.

Previous Story
Our First 100 Days comes to a brilliant conclusion with Phosphorescent’s cover of “This Land is Your Land”
Next Story
Soundgarden dust off “All Your Lies” for first time in 25 years at tour kick-off: Video + Setlist
Popular
More Stories
[fu-upload-form form_layout="media" title="Submit Your Photo"][input type="hidden" name="ugc" value="1"][/fu-upload-form]