Alejandro Ghersi's most daring and enthralling record yet 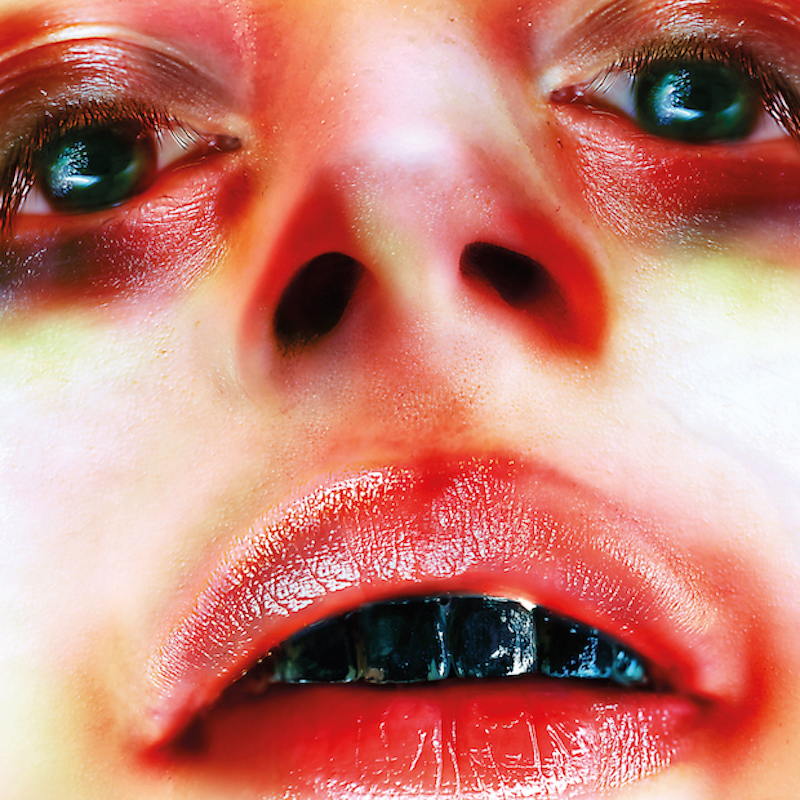 On last year’s blistering, bombastic mixtape Entrañas, Venezuelan producer Arca ended his mix on a surprising note with “Sin Rumbo”, a mesmerizing ballad about wandering aimlessly. While Alejandro Ghersi has worked with vocalists before (Björk, FKA Twigs, Kelela), hearing his own voice was unexpected, especially on a track so pared down, with him singing in a deep baritone in an almost operatic manner. It turned out this was merely a prelude to Arca, his self-titled album that shifts styles away from a formless onslaught of experimental sounds towards more traditional forms, with Ghersi singing in Spanish throughout the majority of the record.

In an interview with Noisey MX, Ghersi explained his reasoning for singing in Spanish as it was the language he learned to process emotion with, the language of his upbringing that his parents “fought and divorced in.” “It became much more natural for me to manifest certain things that were very private and very intimate in Spanish,” Ghersi said.

Intimacy is what drives Arca, where Ghersi exposes himself like never before. His voice alternates between hushed whispers of secrecy and sharp expressions of pain and yearning as it comes close to breaking in forceful moments. On single “Anoche”, he presents himself at his most vulnerable. He crafts his own version of a Llanera ballad — a distinct style of Venezuelan folk music — singing a tragic melody over swelling instrumentals. His cries are of longing for a deeper connection. “Last night I missed you even though I haven’t met you yet,” he sings. A call back to friend and collaborator Björk’s 1995 “I Miss You”, it’s a lovingly tortured sentiment of desire that artists like Savage Garden, The National, and Michael Bublé have tried to recreate in the decades since, but none have captured the heightened passion of the feeling as Ghersi does with his tremendous voice.

While this is the first time that Ghersi’s vocals are the forefront of his work as Arca, it brings him back full circle to where he started as a musician. As a teenager in Caracas, Ghersi spent six years making music as Nuuro, an electro-pop project where he sang in English over IDM beats he produced that fell somewhere between The Faint and The Postal Service. Ghersi explained that he was afraid these adolescent expressions would detract from the ideas he was exploring as Arca, but has since come to appreciate the progression between youth and adulthood, in which “one has himself on his own terms and not the sociocultural terms that arise.”

Working on your own terms defines Arca as a deeply personal reclamation of Ghersi’s past. On “Reverie”, he begins the song with an interpolation of lyrics from “Caballo Viejo” by Venezuelan folk icon Simón Díaz. Roughly translated, it goes “When love comes this way the carnal one grows green” or “revives.” Ghersi has always been fixated on the flesh and body, from the desires that drive it to its depictions. The visuals for “Anoche”, “Reverie”, and “Sin Rumbo” feature close-up shots of Ghersi’s own body, focusing on blood, scratches, and sweat. In his live collaborations with artist Jesse Kanda, Ghersi performs leather-clad, nearly naked in front of visuals depicting either human or animal bodies from uncomfortable distances, zooming in to show how the beautiful and grotesque are not always clearly divided. In an interview with Filter Mexico, Ghersi defines this sensuality he portrays as “something that helps you take root inside your body and inhabit your animality, which seems valid to reach your spirituality.”

Arca is a bloodletting, a cathartic release for Ghersi. “Take away my skin from yesterday” are the first words he sings on the record. In between the tracks where he sings are instrumentals that hearken back to Mutant in form but are as personal as anything else on here. “Whip” is a hyper interlude of violent strikes that lives up to its namesake, and “Castration” is a lurching, off-kilter burst of hollowed-out techno that never lets listeners find their footing. This aggression offsets the naked tenderness of tracks like “Coraje” where Ghersi stretches his voice to its highest point in a wail over a quiet, distant melody. Through his music and visuals, Ghersi has always focused on the fluidity between masculinity and femininity. He explains this desire to “look for where one is within some spectrum of behavior or psychological configuration and try to look for discomfort in order to find beauty.”

On Arca, the beauty that shines through can be overwhelming. As the album reaches its climax, “Desafío” stands out as the synthesis of conflicting emotions to find true harmony. The music swells to the point of grandeur as Ghersi sings a thunderous hook, one as memorable and distinct as any of those of the pop artists he’s worked with. This leads to “Fugaces”, a heartbreaking, sweeping track that could rival Sigur Rós in terms of scope, before the album calms to its muted denouement.

Ghersi’s music is based off this confrontation, both with the self and the outside world. Though it contains his most serene music by a stretch, Arca is the epitome of that warring nature, reaching for his innermost self to attempt at finding a balance. His loveliest record is also his most violent, a challenge to peer deep inside at the qualities that make us uncomfortable, to question societal expectations of how one should operate. By peeling back the layers of his persona, Ghersi breaks himself down in an attempt to find rebirth, trying to reconcile with his past and present. The result is his most daring and enthralling record yet.