A fluid and enjoyable record that, unfortunately, leaves no lasting impression 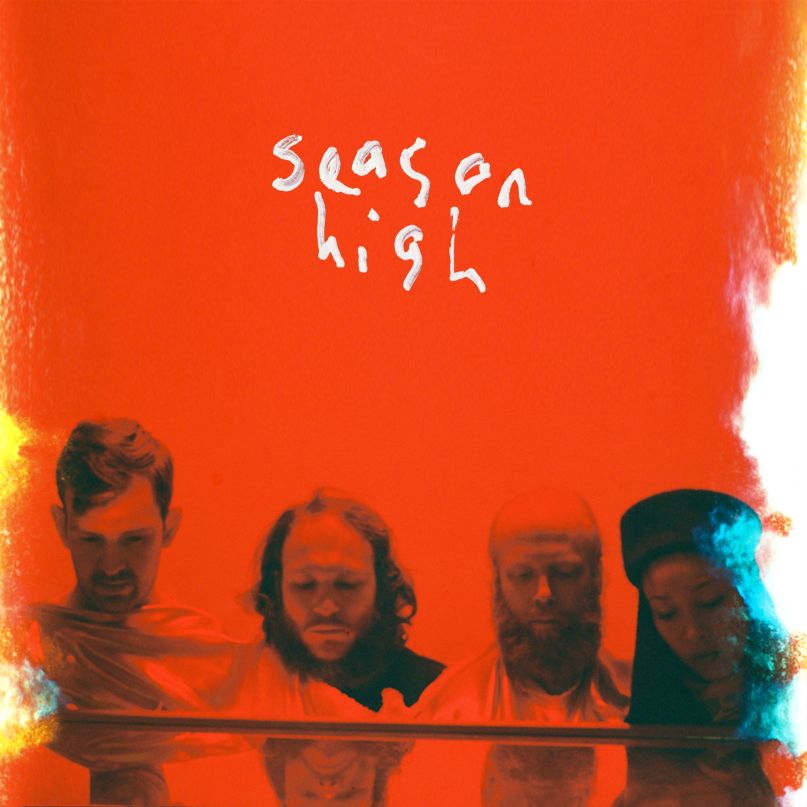 At this point, Little Dragon are veterans. The Swedish four-piece dance group have been releasing albums for over a decade, working their way up to a sizable and stable following. Unlike MGMT, who began around the same time, exploded onto the landscape, and defined an era before quickly fizzling out due to high expectations, Little Dragon are still here. They’re doing well, by the looks of it, landing impressive billings at festivals like Coachella, Lollapalooza, and Outside Lands, one of the few recognizable metrics for how popular bands are in a world where no one buys records anymore. They even fit in on more eclectic, experimental lineups, such as last year’s Day for Night where they were sandwiched in between Butthole Surfers and The Jesus and Mary Chain.

Part of their recognition can be attributed to their frequent collaborations, beginning with early, notable team-ups with Sbtrkt, Gorillaz, and Big Boi (which resulted in the band being some of the only people on Earth who can verify whether Jai Paul actually exists) that introduced them to wider audiences. More recently, they can be heard on the hook alongside artists like Mac Miller, De La Soul, and Kaytranada, proving a reliable go-to for artists. Fluid and adaptable, the band have carved an impressive niche even if they’ve never had a great record of their own.

Understandably, the band pushes against this notion to define them by their work with others. In an interview with Dazed Digital, singer Yukimi Nagano succinctly rebuffs this tendency, refusing to be just the “band that does collaborations.” Perhaps that’s why the band never bring in the artists they work with on their own records, focusing on the core group and making their own statement. Throughout Season High, their fifth album, they work to craft their own lane.

Leading up to their 2014 album, Nabuma Rubberband, Nagano attributed the album’s influence to spending long periods of time listening to Janet Jackson, and here it seems she may have moved on to Janet’s brother. “Celebrate” opens the record with sleek funk, spoken-word background vocals, falsetto-filled hooks, and a big guitar solo. A faithful interpretation of the ‘80s pop the band is indebted to, it’s the kickoff to an album that checks all the right boxes on the surface.

Little Dragon has a history of blending downtempo and dance music throughout their career, an approach that often leads to stagnation, an in-between groove that lies languid. Single “High” takes an intriguing melody but never goes anywhere with it, and mid-album cut “Butterflies” stretches a meandering beat over six minutes. Unlike electro-R&B contemporaries like The Internet, Little Dragon’s songs frequently lack the tension to turn what are ostensibly “slow jams” into a captivating tracks that pull the listener in. The closest they come is when they bring the pace down all the way to a simmer on the minimalist ballad “Don’t Cry”. Nagano pushes the upper limit of her tremendous voice, and the rest of the band follow her lead, finally finding an ideal tempo.

Conversely, when the group lets loose, like on single “Sweet”, their inherent talent shines through. Placed on an album fixated with chasing a high, it’s the only song to truly capture the intoxication of its nominal “sugar rush,” building momentum off a driving beat as Nagano’s breathless hook anchor the tracks. When the band commits to one end of the spectrum, their songs gel, but too many drag in this middle space.

Throughout the record, there are flashes of a band exploring more interesting ideas, taking risks and pushing their sound further. “Should I” ends with an inspired jazzy freak-out while “The Pop Life” is interspersed with a whirlwind of rave ready synths that could fit on a Robyn album. These moments find the band stepping outside of their comfort zone. On “Strobe Light”, a song about the overwhelming sensation of losing yourself on the dancefloor, the band plays it too safe to truly capture that feeling. Detached, the song conveys a pleasant experience rather than the all-consuming rush it’s going for.

Season High is a serviceable record by a band who clearly knows what they’re doing. Mid-tempo R&B mixed with dance tracks, their sound is fluid and mostly enjoyable. There’s just nothing challenging, no distinct spirit that leaves a lasting impression. There are flashes of a more invigorating band underneath, but Season High ultimately ends up the kind of record for festival attendees to pleasantly dance along to while sipping their drinks waiting for the headliner.