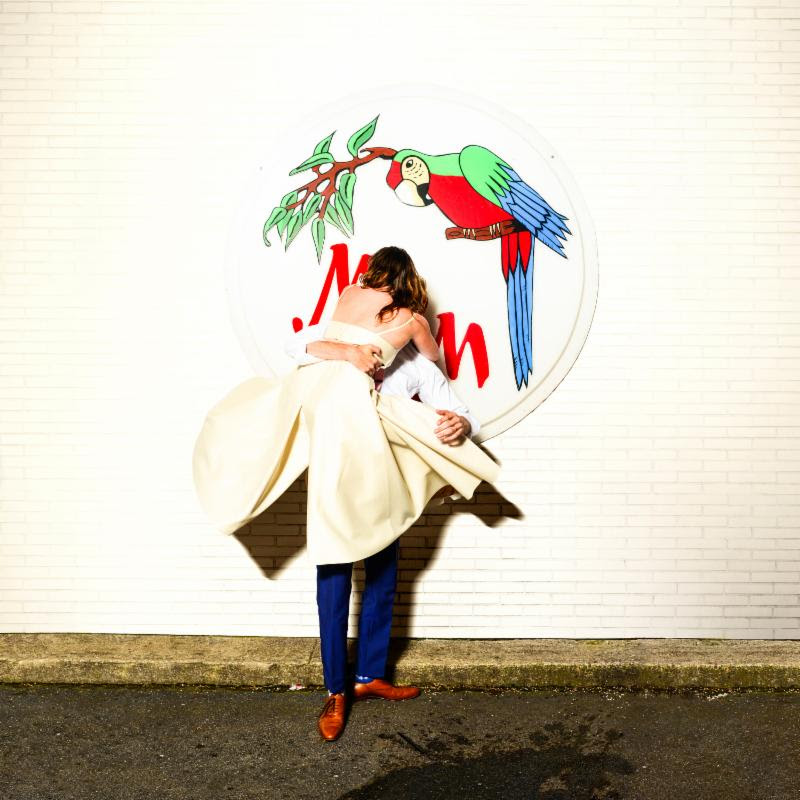 “Deceptively simple” encapsulates Sylvan Esso’s entire brand. You can plumb the hidden depths of their work, or not; they’re going to have a good time either way. Over 10 tracks on the duo’s sophomore album, What Now, Amelia Meath and Nick Sanborn unravel familiar themes of physicality and immediacy, building on and complementing, but never managing to overtake, their debut’s aggressive minimalism.

The tricky thing is that their sound is distinctive and largely theirs alone: It is Sanborn’s electronic beats and burbles that manage to never feel cluttered or heavy, coupled with Meath’s lyrics, dripping with urgency and delivered in her flawless croon. The tracks on their 2014 self-titled debut felt finite and accessible, and maybe that’s why so many people embraced them: The album hit number 39 on the Billboard Top 200, and Meath and Sanborn achieved a level of success and exposure that they had never gained with their respective previous projects, Mountain Man and Megafaun. It all seemed genius in its simplicity, the melding of electronic sounds and folk sensibilities, a festival- and live show-ready hybrid that was just waiting for someone to stumble upon it and lean in.

Sylvan Esso wasn’t always received the way that Meath and Sanborn hoped it would be, even if its sudden success did take them by surprise. “If anyone ever says ‘folktronica’ to my face, I might kick them,” Meath told an interviewer in 2016. The album was broadly labeled as “chill,” the kind of jams that in-the-know types would put on as the sonic backdrop to a summer cookout. But Meath has pointed out that the relaxed veneer of the songs on Sylvan Esso is underpinned with a thread of anxiety — look no further than the nervous, skittering “Dress” or the devious, charming character at the center of “Wolf”.

Within the well-defined boundaries of what a Sylvan Esso song sounds like, what does pushing the envelope creatively look like? In some cases on What Now, it means scaling things way back, as in the case of the sparse and lovely opening track, “Sound”. “Who’s gonna write a song for you?” Meath asks. “Gonna sing it out loud?/ Sing it at such decibels/ That all you’ll hear is sound, all you’ll feel is sound, all you’ll be is sound.” It’s beautiful in its brevity. Sanborn’s underlying soundscape sometimes eclipses Meath’s voice, weaving in and out.

Follow-up “The Glow” is also brief, but this feels like less of a crime. It manages to transcend the triteness of its lyrics (it begins with a laundry list of high school friends, punctuated by one attribute each, as a means of chronicling Meath’s teenage love affair with music) with shuddering, glimmering synths and brief interludes that sound like acoustic guitar strums. It’s not often that anything resembling an analog instrument takes front and center in a Sylvan Esso song, and it’s a fun, if not entirely successful, experiment.

“Die Young” is one of the album’s truest gems, an unexpectedly sweet love song about readjusting plans for an early death to accommodate a promising relationship. It seems hard to imagine that anyone who isn’t overtly suicidal would assume their death would happen in a fire or a “crash off a ravine,” as Meath posits, but she sells it; more than any other track, this one sticks with me. On “Radio”, Meath and Sanborn serve up a scathing critique of the music industry. “Don’t you look good sucking American dick?” Meath asks, with much more vitriol than we’re used to. Ironically, the lyrics about musical mercenaries are wrapped up in what is potentially the most radio-friendly package of Sylvan Esso’s career thus far, all relentless tempo and driving beat. “Kick Jump Twist”, on the other hand, feels like a true return to form, reminiscent of “H.S.K.T” (or head, shoulders, knees and toes), a muscular song from Sylvan Esso. Physicality has always been comfortable territory for them, anchoring their digital sound to a tangible earthiness.

What Now is as apt a name for a follow-up to a breakout album as any, although, knowing Meath and Sanborn’s attitude and sense of humor, it could also be a kind of taunt — the thing you say when you’ve just proved someone wrong. It swings between biting and sublime, with occasional moments of triteness; but when Meath and Sanborn get it right, they get it very, very right. In a live setting, even the trite ones will bang, and maybe that’s all you can really ask.