As a child, Katy Perry picketed outside Marilyn Manson concerts 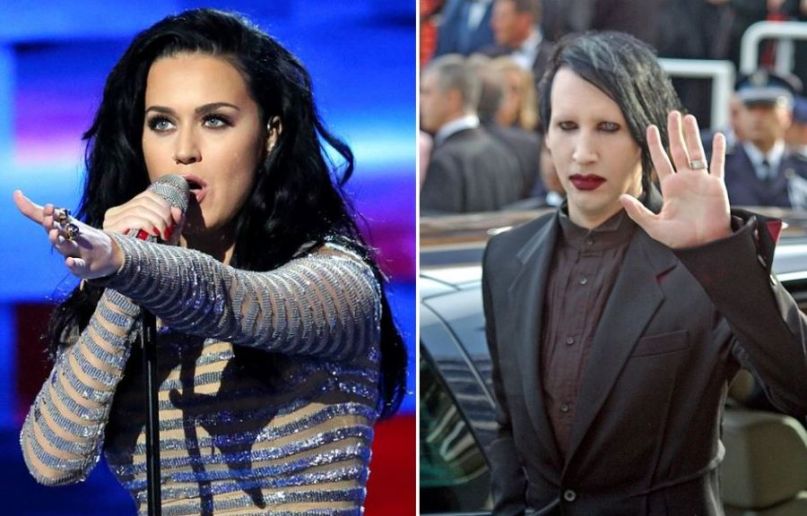 At this point in Katy Perry’s career, the pop singer’s upbringing as an evangelical Christian is well-known. As a teenager, she released a gospel music album under her real name, Katy Hudson, before switching over to mainstream pop and becoming the megastar we know today. Somewhere in between, Perry even bridged the gap by singing backing vocals for P.O.D. on the band’s 2006 single, “Goodbye for Now”, and appearing in the video for the song.

In a recently published Vogue cover story, Perry spilled more details about being raised outside of mainstream pop culture. “I miss references all the time,” she shared. “Amy Grant was our Madonna. We knew about Madonna and Marilyn Manson in my family because we picketed their concerts.”

Her youth pastor and family’s intentions backfired, however, because handing out How to Find God pamphlets at a Manson concert actually piqued her interest in the banned music. She found it “really interesting and weird — I got it.”

Following Perry’s experience, it makes sense that she was later drawn to the outrageous and flamboyant stylings of Freddie Mercury and his band Queen. “I had never heard such an imaginative explanation of how to live,” she recalls. “That was my first perspective on that world, and I just loved it. I felt so free and accepted.”

Hearing the seventies group’s operatic rock opened Perry up to new possibilities and led to her moving to Los Angeles at 17 to pursue the kind of music which would make her famous. As she says, “I don’t cure cancer or anything, but I know that I can bring light and joy and happiness in tiny installments of three minutes and 30 seconds. That does something,”

Read the full interview over at Vogue to read more about Perry’s upbringing, reacting to Trump’s victory, and her general state of mind. Unfortunately, there’s not much to reveal about new music, save a throwaway line about “perhaps a dozen” of already 40 recorded songs will make the album. In the meantime, revisit her earworm of a single, “Chained to the Rhythm”.