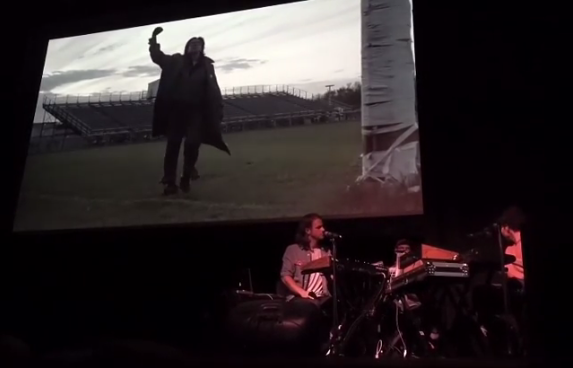 The arena-sized pop anthems Jack Antonoff writes and records as Bleachers owe a great deal to the synth-heavy radio hits of the ’80s. It comes as little surprise, then, that one of his favorite movies is John Hughes’ iconic The Breakfast Club, an influence he honored in L.A. this past week. As part of the Film Independent at LACMA’s “Bring The Noise” film series, Antonoff and his bandmates provided a live score to the film that paired stripped-down versions of the band’s songs with the confused, yearning antics of Judd Nelson and Molly Ringwald.

(Read: Ranking: The Films of John Hughes From Worst to Best)

“I grew up in suburban New Jersey in a similar state of strange boredom as The Breakfast Club,” Antonoff said. “I constantly thought about getting out, and that feeling is so present in this film.”

Watch some selections below, which find Bleachers underscoring scenes with “Wake Me” and “Don’t Take the Money”, the latter of which they dropped last week.