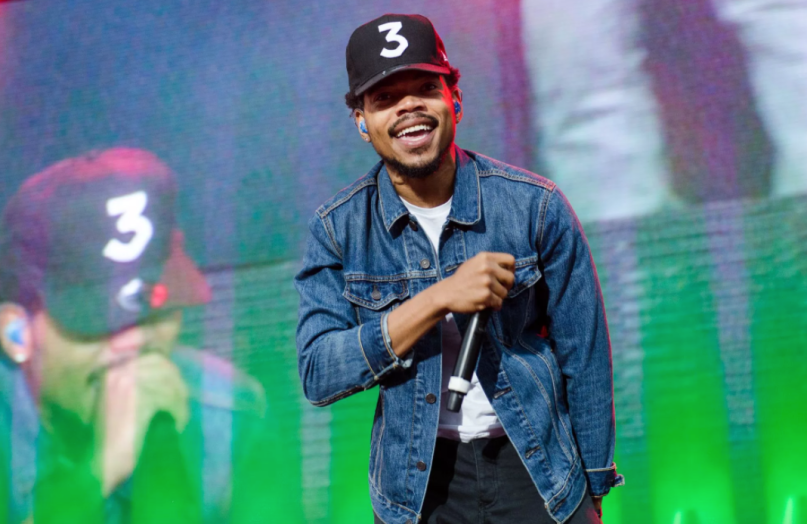 Chance the Rapper really loves Chicago. In the last month alone, donated $2.2 million dollars to the city’s public schools and launched an arts and literacy fund. On Saturday, April 8th, he treated his Chi-Town fans to yet another special treat — but this time, people everywhere might be able to enjoy the goodness.

Chance threw his second Magnificent Coloring World event on Saturday, a follow-up to the secret festival he held last year. This time around, things were even more classified, as the rapper sent out invites just one day before the festival, and only to those “in the top 0.001% of Chance’s listening fan base” on SoundCloud. (The listening platform selected Chicago area fans “based on a combination of engagement metrics such as listening, likes, reposts and shares,” according to reps.) The lucky few then met up at a North Side elementary school and were bused to an undisclosed location. When they got to the site, all cellphones were collected, which means there’s no fan-shot video of the event.

But there just might be Netflix-shot video. Chance tweeted out a prayer that he’d be able to someone from the streaming service to come to the event:

And according to some Tweets from fans who ended up enjoying Magnificent Coloring World 2 live, Chance’s prayers may have been answered.

Update- #MCW2 was insane. Chano is a real freaking artist. Can't wait till it's released for Netflix

Talked to the camera man filming #mcw2, said he does in fact work for Netflix

Catch me in the #MCW2 special bc ya girl was front row…singing her little heart out…all up in the camera ????????

No one from Netflix or Chance’s camp have confirmed the presence of any cameras, nor whether some sort of streaming special may be in the works. Still, the whole deal seems like just the sort of magical, unprecedented situation that Chance has become known for creating, so it’s hard to put it past him.

Twitter reports also indicate that there were three different run-throughs of Magnificent Coloring World 2 featuring five stages and “intimate” experiences. Hopefully this Netflix deal is a reality and fans everywhere will get a look at whatever undoubtedly awesome extravaganza went down on Saturday.

2 shows down and 1 left for #mcw2 this experience has been nothing short of life changing! Thanks @chancetherapper

Just spent an hour w/ 500 of my closest summer friends as @chancetherapper took us to #mcw2. 5 stages and lots of blessings. Thanks Chance!

#mcw2 was a perfect intimate experience that I'll remember forever