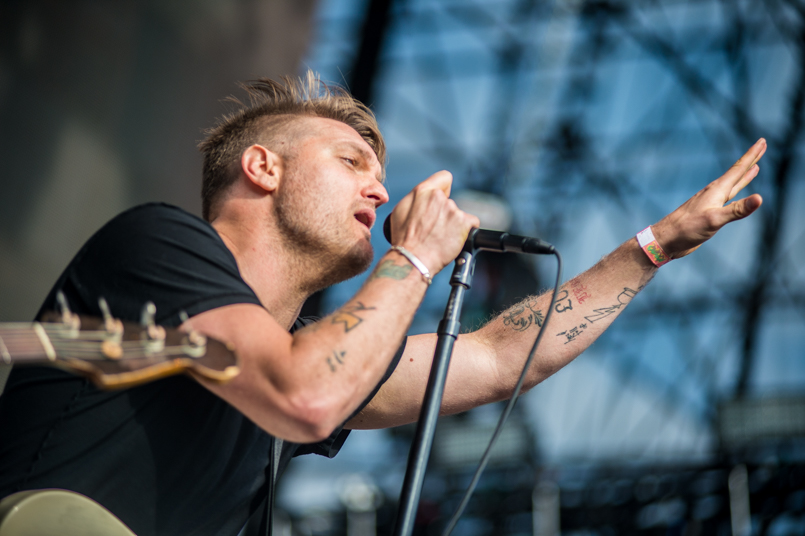 Indie rockers Cold War Kids have always had a soft spot for soul music, hints of it popping up as early as their 2006 debut album, Robbers & Cowards. Their love of the genre shines especially shines through today with their cover of Rihanna’s “Love on the Brain”.

A duet with British singer Bishop Briggs, the reworking sees Cold War Kids frontman Nathan Willett using his rich vocals to put a new spin on the Anti original. “I have stayed up all night watching a hundred YouTube live versions of Rihanna singing this song,” he told Entertainment Weekly. “There is nothing better.”

He added, “She has this way of being vulnerable in her words but protecting herself with so much attitude. The song feels like a modern pop standard.” Cold War Kids have tackled the track live before, but this marks the first time it’s been officially captured in a studio setting. Check it out below.