D’oh! The Search for the Next Homer Simpson

From Bob Belcher to Randy Marsh, the legacy of Springfield's iconic father is in good hands 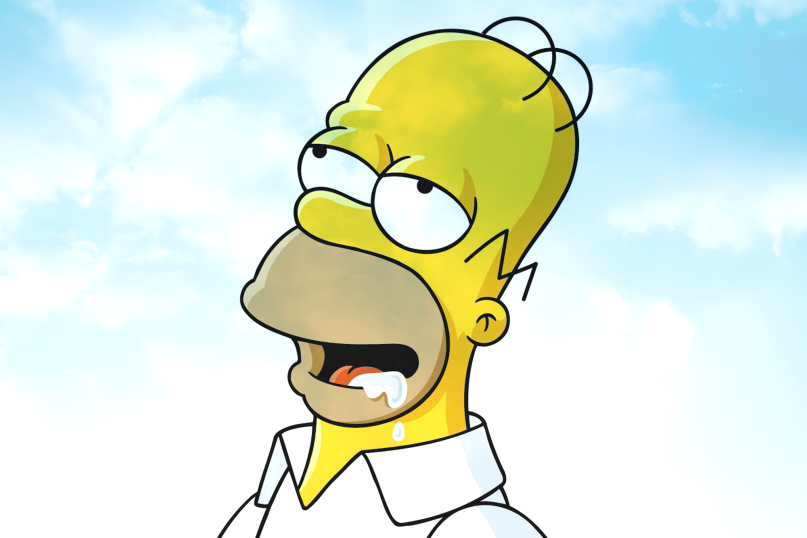 Thirty years ago this month, America’s favorite animated family made their debut as part of The Tracey Ullman Show. To celebrate, CoS will be broadcasting live from Springfield all week with a slew of Simpsons features. Today, Zach Blumenfeld traces the influence of Homer Simpson and attempts to find the true successor of the donut-lovin’ father of three, from Family Guy‘s Peter Griffin to South Park‘s Randy Marsh.

We begin with a very simple premise: Let’s say The Simpsons were cancelled at the end of its 28th season on Fox. (Don’t worry, it isn’t cancelled; the show will carry on long after the Sun consumes the Earth and the universe collapses upon itself.) Ignore the mixture of utter devastation and relief that a nail in the coffin of The Simpsons’ rotting carcass would bring, and let’s focus on the important question: Who would succeed Homer as the best dad on animated television?

When The Simpsons began its illustrious run in 1989, hardly anybody could’ve predicted that Homer would become the show’s most iconic character. After all, Dan Castellaneta had yet to even find Homer’s literal voice, recording his lines in an impression of Walter Matthau until he found he couldn’t sustain it for 10 hours a day in the studio. It was Bart, whose rebelliousness popped off the screen from the start — “Eat my shorts” became his established catchphrase by the series’ second episode — and who might well have remained the focal point of most Simpsons story lines had the show not shifted its attention to Homer around the series’ fourth season.

At any rate, the Homer Simpson who developed over the next three decades became the greatest animated television character ever and the undisputed archetype for sitcom dad. Every animated patriarch who’s followed Homer has been defined in relation to him to some degree, so if we’re going to anoint his successor, we have to break down the specific character traits that he embodies, the mojo that has made Homer such an icon.

Let’s start with the obvious fact that Homer is incredibly dumb and accident-prone. One great thing about cartoons is that their safe distance from reality allows them to display slapstick violence that would kill or severely maim actual people. Cartoon physics destroy the stakes in any such violence … and even if animated injuries do have consequences, most viewers are able to dissociate an illustrated world from the real one. Even as our culture becomes more ashamed of the barbarism in sports, with movements to combat concussions in football and end fighting in hockey gaining momentum, we can still satiate our primal bloodlust on animated characters getting jabbed in the eye, falling off a building, or dying repeatedly and not feel the least bit guilty about any of it. And Homer takes a beating, in both the mental and physical arenas, like no other character on television.

Closely related to Homer’s penchant for utter stupidity is his status as the ultimate American everyman. Creator Matt Groening has described him as someone “launching himself headfirst into every single impulsive thought that occurs to him,” essentially a manifestation of our collective id, the part inside all of us that wants nothing but to consume the delights of capitalism and fulfill every whimsy that strikes us. Homer is life without a filter, and even though that comes with a nasty temper, frequent pettiness, and blinding self-absorption, we can’t help but admire the man for touching those impulses in ourselves. And, of course, there’s the ridiculous outcomes of Homer’s unbridled spirit; his life contains multitudes only rivaled by Forrest Gump.

But perhaps most crucially, Homer loves his wife and kids. It doesn’t show when he’s strangling Bart, failing to relate to Lisa, or going through a particularly rough patch with Marge, but there’s enough warmth over the show’s history to convince us that Homer, despite his buffoonery and selfishness, has a decent-sized heart under his massive Duff gut. So, with this criteria in mind, we decided to take a look at which animated dad has the best shot ascending to Homer’s throne. (Not considered: Hank Hill, because King of the Hill is off the air; Stan Smith, because American Dad has never added much to television; or Steven Universe’s Greg Universe, a personal favorite of mine but far too niche to take the title.)

America, here are your candidates for the next Homer Simpson. And, in case Homer reads this, we’ve rated each nominated cartoon dad on a scale of 1-5 donuts. No, nibbling. D’oh!