The singer's fourth studio album is due out this August 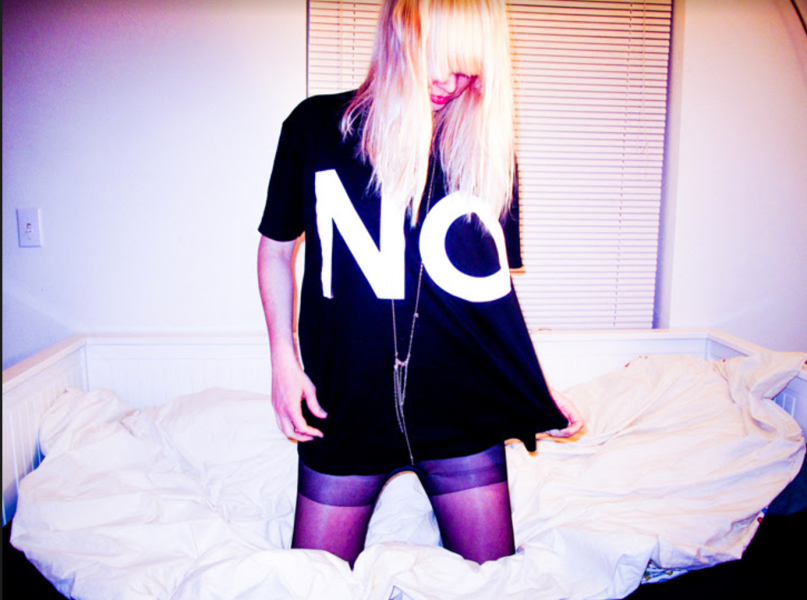 Erika Michelle Anderson, aka EMA, has returned with her proper full-length follow-up to 2014’s The Future’s Void. The album’s called Exile in the Outer Ring and drops on August 25th, 2017 via City Slang.

Co-produced by Unknown Mortal Orchestra’s Jacob Portrait, Anderson’s fourth studio album was recorded in a Portland, Oregon basement, where she painted a “portrait of The Outer Ring: A pitch-black world of dark night highways, American flags hung over basement windows, jails and revival meetings and casinos and rage,” one that “renders Middle American poverty and resentment with frightening realism and deep empathy.” Sounds fun.

First single “Aryan Nation” captures those vicious images, recalling early Yeah Yeah Yeahs with its primal rage and murky hallway screams. “Go back home to below your station/ like a refugee from the Aryan nation/ can appeal/ can appeal/ can appeal/ but you’re still them within,” she seethes. Fans of Garbage 2.0 will undoubtedly thrive in the moody fuzz and distortion, too, and despite the bleak subject matter, it’s quite thrilling. Listen in below.

Here’s her full statement on the song:

I actually wrote this song about three years ago. It was partially inspired by people I’ve known in the past and also the British film This Is England, which most people in the UK are familiar with but hardly any Americans have seen. In the movie a group of non-racist UK skinheads in the ’80s are radicalized into violence through prison, poverty, and needless war. The results are violent and tragic. When I watched it I felt like I recognized a glimmer of their hopelessness and confusion in parts of America, but I had no clue how much that would explode in 2017.

This is for my people in the middle country. I don’t look down on, or laugh at, serious issues such as poverty or drug problems. I believe your situations are real, your pain is real. I’m not here to ridicule or dismiss you. But as a person who came from heartland america, I also believe that there is another way than directing your anger at those who often have less power than you. Don’t let your discontent or your patriotism be exploited. Don’t look down, look up.

Consult the tracklist and peep the album cover below. If you’re up for it, revisit our past cover story with Anderson, written by Uproxx’s Music Editor Caitlin White.

Exile In The Outer Ring Artwork: