The best quippy, feature-length trifle of a shootout you'll ever see 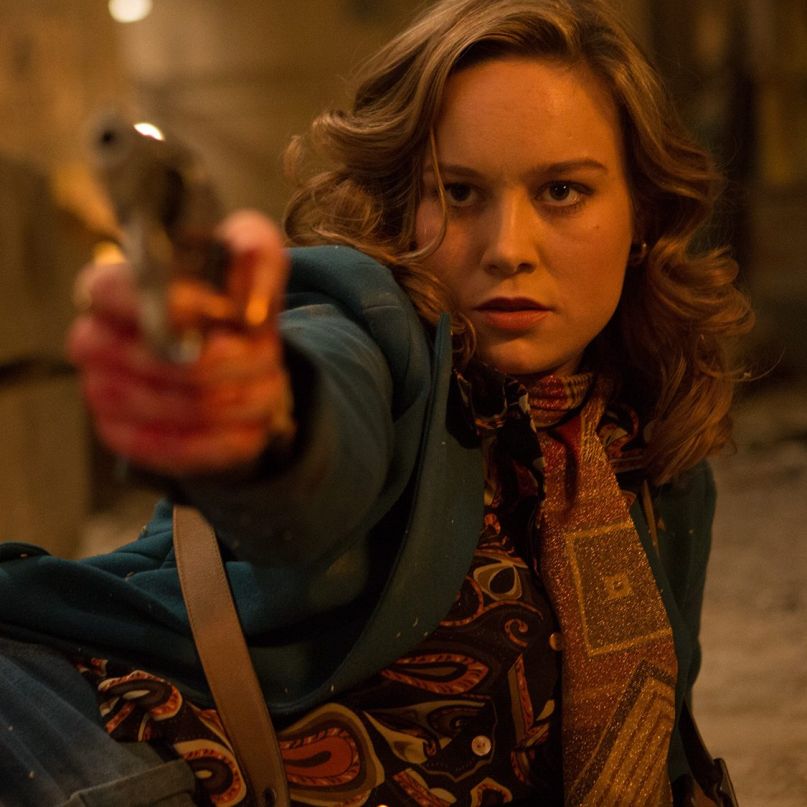 Ben Wheatley has been lauded (and criticized) for being a chameleonic filmmaker. And not without reason. Since 2009, he’s managed to unleash a collection of films that range in tone and genre from crime drama to dark comedy to thriller to experimental civil war psychedelia to whatever the balls-out class war madness of High-Rise was. Six features into his career, though, certain overarching themes and hallmarks are starting to emerge.

One is that it might not be entirely fair to singularly call them his films at this point. His partner, Amy Jump, has edited and either written or co-written the past five of them (all but his debut, 2009’s Down Terrace), and it’s becoming increasingly clear that her contributions are an integral part of his work. Given that symbiotic creative relationship, it might be time to start talking about their work in terms of joint ownership, similar to the way that we approach the Coen brothers.

Another is that Wheatley and Jump are developing one hell of a fondness – and aptitude – for small spaces and claustrophobia of both the physical and psychological varieties. Down Terrace and Kill List made expert use of small domestic spaces to heighten the tension of their plots. The vengeful caravaners of Sightseers may have had the vast expanses of the entire English countryside at their disposal, but their previously sheltered lives directly contributed to their brutal rebellion (and the cramped quarters of Chris’s vehicle arguably heightened the tension between the pair in a Das Boot kind of way). A Field In England isolated its five protagonists in their titular setting and quickly set them off of a dark misadventure through their increasingly paranoid, mushroom-ridden minds. The residents of High-Rise stopped leaving the building as their lives descended into chaos, and the bulk of that film’s surrealistic action takes place within its concrete walls.

In Free Fire, an abandoned American warehouse in 1978 becomes Wheatley and Jump’s latest confined canvas. That’s where Justine (Brie Larson) has arranged a meeting between a pair of IRA agents (Cillian Murphy and Michael Smiley), a pair of gun dealers (Sharlto Copley and Armie Hammer, who displays more sardonic Illya Kuryakin-style cool here than he did when he actually played the Russian agent in The Man From U.N.C.L.E. last year), and their respective gangs of henchmen. With a mix of wry dialogue, light characterization, and steadily mounting tension, the pair skillfully set up all of their characters like dominoes. A misunderstanding threatens the deal, but it’s quickly and carefully smoothed over. Money and weapons are negotiated and exchanged without further incident. But then a previous spat between two of the men flares up.

Much like the assassination of Archduke Franz Ferdinand, this one isolated incident sparks an all-out, movie-long war. Armed with guns, explosives, insults, and an endless array of improvised weapons and armor made from whatever refuse is lying around the warehouse, all of the players engage in a riotous and bloody battle for their lives – and the money, if they can get their hands on it.

The riotously shambolic fallout risks becoming a bit too messy at times – even the characters themselves admit that they’re confused about what they’re doing at one point – but Wheatley and Jump continue to prove that they know their way around a small space (and their way around some delightfully dark humor) with a tight script, sharp direction, and inspired choreography.

At times the proceedings can feel a bit insubstantial, compared to some of the pair’s previous offerings. Free Fire lacks the weightier themes that were tossed around in the middle of High-Rise’s delirium, and feels downright normal compared to the hallucinatory combat of A Field In England. It’s also not quite as perversely amusing as Sightseers (but few things are). But another recurring theme that’s starting to become apparent in the Wheatley/Jump oeuvre is a certain level of commitment, craftsmanship, and reliability. No matter what genre they tackle, or what level of seriousness they decide to bring to their latest project, you can trust them to fully commit to it and execute their idiosyncratic vision to  the best of their significant abilities.