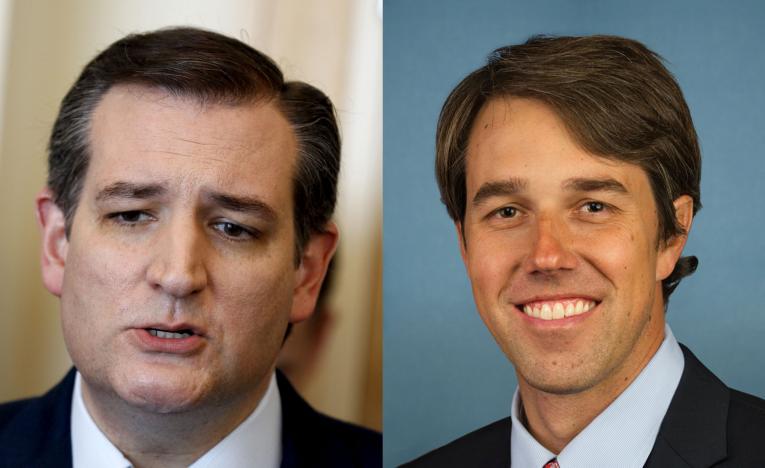 Ted Cruz is despised by liberals, colleagues, and his own family. Right-leaning Texans seem to like him, however, so the prospect of him losing his senate seat in the state’s 2018 election seems unlikely. Enter Beto O’Rourke, a U.S. Representative who just announced his candidacy for Cruz’s fart-stained seat. Many are saying O’Rourke is the “first prominent Democrat to challenge the former presidential candidate.” That he used to be in a band with At the Drive-In‘s Cedric Bixler-Zavala doesn’t hurt, either.

O’Rourke was a singer and guitarist alongside Bixler-Zavala in Foss, though his punk credentials begin and end there. “I wasn’t very good at it,” he told the Washington Post earlier this year. Also, his father wasn’t digging the tunes. “He won’t say it, but the expectation is: We didn’t take out loans for you to go to Columbia and then [play] in a punk band your whole life.”

O’Rourke’s chances are slim in a state that’s notoriously red, and Cruz’s pockets go deep. But the young democrat’s promises are sound—in his campaign launch announcement he “pledged to fight for veterans, shun corporate money, and serve only two terms in the Senate if elected, saying it was in the people’s best interest to have fresh blood in Congress.” He’s also no fan of our current commander-in-chief. O’Rourke says he’d “fight when necessary against a president who is focused on building walls, or conducting military immigrant round-ups.” Texas voters, do your research.

And maybe O’Rourke’s punk past will come in handy. As we saw when he was on the campaign trail, music seems to short-circuit Cruz’s wiring.

Check out Foss on an El Paso public access show from 1994.