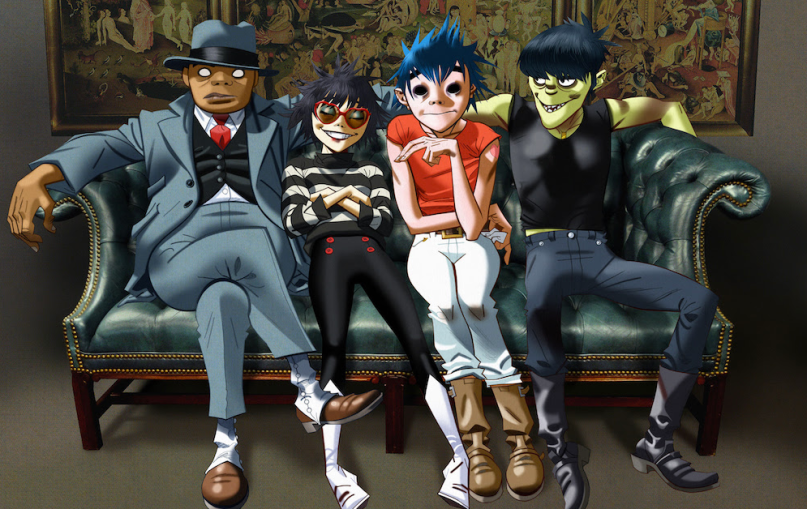 Isn’t it frustrating not being able to box something in? Not being able to name it because the goddamn thing is so busy evolving that it slips through your fingers? Sure, they might be a bunch of cartoon characters, but there’s always been something a little darker than meets the eye going on with Gorillaz. They’re pockmarked and weathered, garish, rough around the edges, the residents of Banksy’s Dismaland as counterpoint to Mickey, Donald, and pals. There’s no one who could have better given life to the idea of “smart pop” while confidently rebelling against the genre’s shackles. Fresh ahead of the release of their fifth album, Humanz, 2-D, Murdoc, Noodle, and Russel have achieved an astonishing ubiquity with their smooth funk electronica, far beyond what Damon Albarn and Jamie Hewlett may have ever expected.

During their promotion behind Demon Days, the band’s website was coded to look like a home/studio building called Kong Studios, which you could visit, explore, and play games. As if the album weren’t thrilling enough, Hewlett, Albarn, and team had fleshed out the awesome experience of living in the disc. As time passed and new music arrived, the Studios altered and changed, much like the music itself. Then came Plastic Beach, and the accompanying island site full of dazzling animations.

Essentially, the universe of Gorillaz — both musically and from a storytelling standpoint — has always been vast and all-encompassing, fusing genres across the spectrum with a saucy smile and subtle head nod. Their family of collaborators has grown also exponentially, from Del the Funky Homosapien and De La Soul to Mavis Staples and Lou Reed. But that’s the magic of Gorillaz: Despite their cartoon visages and the massive swirl of genre shards ranging from alt rock to pop, hip-hop to new wave, they never lack for subtlety or depth.

For that reason, putting together a list of 10 songs that sum up Gorillaz proved a unique challenge. Capturing all the flash and bravado was a must, but so was angling the spotlight on their quieter moments, their more subtler emotions, and their more human experiences. Finding the most engaging gasps of Albarn’s genius was key, but so was finding his most thrilling collaborations. The resulting list shouldn’t be considered the Gorillaz’s best songs, but rather the ones that represent the building blocks that make up their unique sound — the individual cells of the Gorillaz wonderland animation.